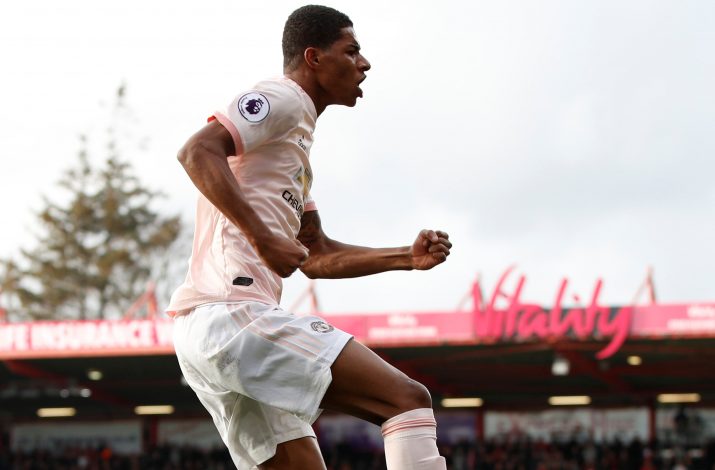 Manchester United have done it again. Very few pundits thought the Red Devils to be capable of filling the two-goal deficit in Paris, with a few even prematurely crowning the French side as the champions after Real Madrid was ousted.

However, in classic United fashion, the Parc De Princes was made to witness late drama and a masterclass in unrelenting football. Romelu Lukaku set the tone in the second minute itself, which was silenced in the 12th minute as Mbappe was able to create Bernat’s goal, effectively launching the stadium’s chants yet again.

However, in the 30th minute, Lukaku struck again, capitalizing on a Buffon mistake. It was a lot of patient play thereon, as PSG slacked off, and in the first minute of added time, a VAR decision gifted Manchester United with a rather unexpected penalty. Sure enough, Marcus Rashford calmly buried it into the back of the net, powering the Premier League giants into the quarter-finals.

Twitter was ecstatic about the performance, labeling it as a classic United encounter, in line with the ethos that Ole Gunnar Solskjaer has brought back to the club.

Angel Di Maria will NEVER drink a beer in his life after tonight. pic.twitter.com/heApF3FEQw

Record breaker!😱
The mans a living legend!👀
Imagine on April fools Man United tweet out that they are bringing Moyes back and not keeping Ole!🤣
That would be amazing! pic.twitter.com/ZMkbpv9fGE

When you leave Barca to exit Messi's shadow but end up in Lukaku's… pic.twitter.com/ECM27lzzmH

More than one fan was vocal in the opinion that the Norwegian gaffer should be given not just the full-time job, but the keys to Manchester themselves.

The resilience of United was thoroughly lauded. Similarly, the lackluster showing of cash-rich PSG was made fun of. It is incredible to see how poor the French giants have been in Europe’s greatest competition.

This loss was their first home defeat in 50 games, with their previous let-downs here also coming in the Champions League and is a further comment on just how easy they have it in Ligue 1.

United are through to the quarter-finals, and more than one person will now be dreaming big, eyes on the top prize.