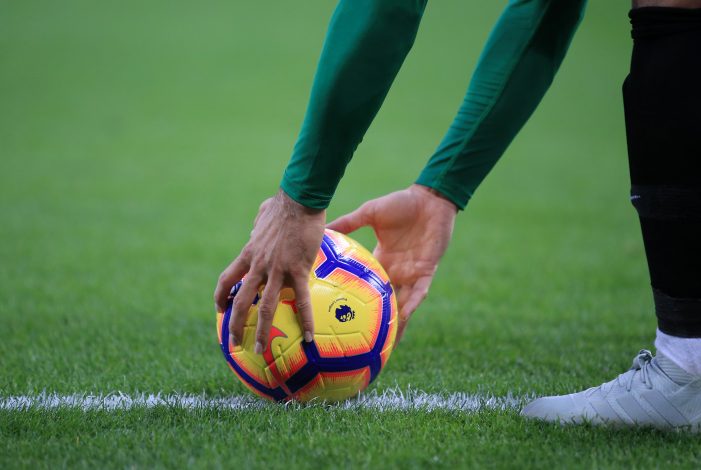 In the wake of the contagion of novel coronavirus and deeply understanding the threats the pandemic brings, the Premier League club officials have come up with a strange, yet reasonable, plan to save the 2019/20 campaign.

A group of England’s major football bodies had announced that the League will be suspended till the 3rd of April last week by following up with a reassurance that the suspended matches will be rescheduled to finalise the season no matter what.

Whilst the situation worldwide hasn’t changed much since then, with no improvement whatsoever, the supporters were relentlessly cooking up numerous doubts concerning the season lately.

And now as per the latest reports of the Sun, the Premier League club chiefs have made up their mind to play all of the remaining 92 games behind closed doors, while displaying live the same on TV. The report also claims that the fixtures could be hosted by a few countable neutral stadiums at various timings, in a manner which causes not much distress to the clubs and officials.

While using the same ground to stage multiple fixtures a day, they could cover the remaining games at a tremendous speed. Further, by keeping the number of grounds used to a bare minimum, the requirement of medical and police staff needed can also be brought down to a reasonable number.

With more games left to be played than leagues of other nations like Italy or Spain, there was a growing fear of the campaign being unable to be completed before the deadline of June, amongst Liverpool and other English clubs.

Regardless, it’s understood that the officials have spoken to the UEFA chief Aleksander Ceferin regarding the apparent issues and the clubs will reportedly propose their out of the ordinary plan at a Premier League meeting due on Thursday.

Nevertheless, amidst all the commotion to finalise the season arises the question; should we be thinking about an uncompleted season at all while humanity around the globe as a whole is experiencing such an existential threat?