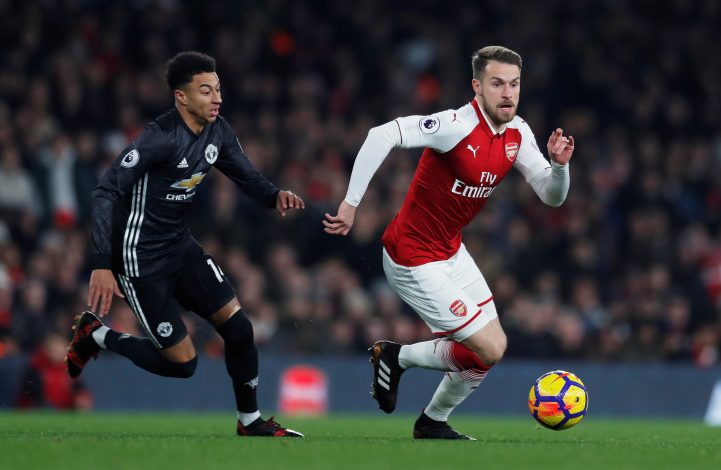 Dani Ceballos, who joined the North London outfit on loan from Real Madrid last summer, is expected to return to Spain following a disappointing spell in the Premier League.

Now, Mikel Arteta is reportedly on the hunt for a new attacking midfielder, and the Athletic believes Arsenal ‘ would not rule out’ making a move for Jesse Lingard, as they don’t have the budget to acquire a bigger name.

Raul Sanllehi, the transfer chief at the Emirates, is also ranked among the favourites to deal with Lingard’s agent Mino Raiola.

The 27-year-old, meanwhile, has endured a disappointing season, and Bruno Fernandes’ arrival has pushed him further down the pecking order.

Arsenal could surely buy him on the cheap, but they are unlikely to challenge a Champions League place for next campaign with the player who has contributed to zero goals and assists in the 2019/20 Premier League season.

Here’s how fans reacted to this transfer rumour on Twitter:

The Athletic put out a piece on Jesse Lingard and his possible destinations. They say a move to Arsenal can't be ruled out because we have a history of signing United rejects and Sanllehi dealing with super agents like Raiola. What a load of nonsense.

Jesse Lingard: Since March 2018, Lingard has scored as many competitive goals at Old Trafford as he has at the Emirates Stadium (1)

The Manchester United midfielder has today been linked with a move to Arsenal… pic.twitter.com/NaYx0vS3d5