Jurgen Klopp’s Liverpool got what they desired at last on Thursday as they secured the Premier League title. This puts a brilliant bow on Klopp’s over five-year long tenure at Anfield.

This comes as a bittersweet moment for the Merseyside giants who did the unthinkable but are unable to fully celebrate it with their fans. The glorious moment was certainly delayed quite a bit due to the lockdown as well as the fate of the season being shrouded in uncertainty.

However, the rise to become the champions of England and Europe wasn’t an easy one for Klopp and Liverpool. When he took over the reigns back in 2015, Liverpool ended that season at the eighth position in the Premier League and as the defeated finalists in the Europa League.
How they went from that to two major titles in back-to-back seasons requires a broader look, with the Normal One at the heart of the ascent.

Firstly, the players that Liverpool invested in over the five-year period are vital to understand their brilliance today. While the more financially heavy-weight signings came in the more recent years, the players secured in the 2015-2017 years were crucial to laying the groundwork for the wins. Roberto Firmino and James Milner were the crucial early investments in that period. Klopp’s first full season saw further crucial additions in the form of Sadio Mane and Joel Matip. This was also the period where the excellently timed ascent of Trent Alexander-Arnold was permitted from the academy.

The next years saw the most impactful signings and the duo that has arguably made the most difference in the larger picture were Mohamed Salah and Virgil Van Dijk. While Salah went on to become a prolific goalscorer, the then world’s most expensive defender cemented the backline, solving the most gaping issue in Liverpool’s fortunes.

The final run of crucial investments came in the form of Alisson Becker and the likes of Naby Keita, Fabinho, and Xherdan Shaqiri, and one cannot forget the end of loan return of Divock Origi.

Of course, the trusted money spent would have been in vain if not paired with tactical brilliance as well. Klopp executed this to perfection, slowly engineering the gegenpress. The intensity of the resurgent high press was initially frowned at and it did punish them with the level at which they were conceding goals. However, over the past few seasons it’s starting to become the League-wide norm as more mangers look to purchase players through whom they can execute such a maneuver.

The same can be said for the sheer attacking intensity of their forward line. While the dream trio of Mane, Firmino, and Salah took its time to get firing, the raw passion was out there. Much of the 44-game unbeaten run would have been rendered moot if not for a goal-hungry forward and a disciplined backline that didn’t fear aiding the offense. Likewise, Firmino’s role as defending from upfront also contributed to the total football ethos. 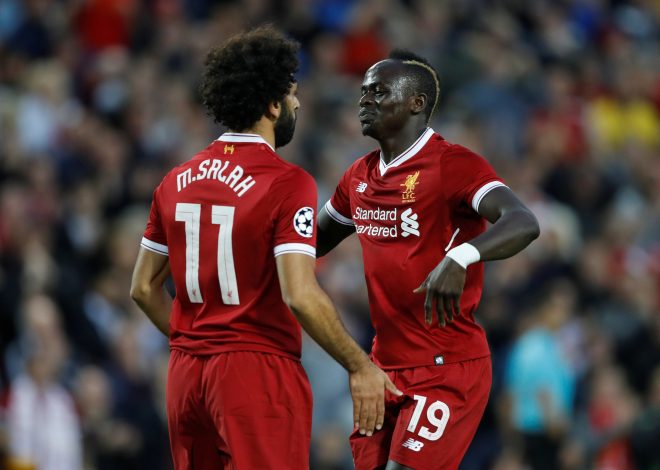 Lastly, Klopp and Liverpool functioned with incredible perseverance and raw determination. In his months of baptism itself, the German gaffer tasted defeat in two finals- against Manchester City in the League Cup and against Sevilla in the Europa League. This was a trend that haunted him constantly, most heartbreakingly in the 2018 Champions. League final loss to Real Madrid. Coming second in the Premier League to Manchester City by a single point in the same season didn’t help matters either.

However, the intense drive to return to the drawing table and come back insurgent and stronger is what kept the club going. The dream Champions League win against Tottenham Hotspur in 2019 was a testament to that as is this long-awaited inaugural Premier League title.

Klopp is an iconic reminder that a passionate manager with a tactical root can shakeup and alter any side and his managerial journey is one that this generation has been graced with.

← Fans Love What Harry Maguire Shouted At Luke Shaw During Man Utd vs SheffieldSolskjaer: ‘Every Time You See Anyone Else Lift The Trophy It Hurts’ →