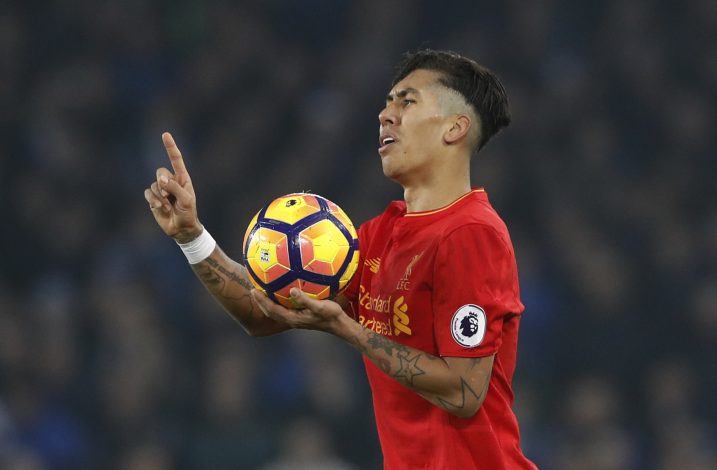 Momentarily securing a spot above Chelsea in the Premier League table, Manchester United have added yet another win to their 16-games unbeaten streak in all competitions as their clash against Bournemouth ended 5-2 in favour of the hosts.

The massive scoreline was a contribution from Mason Greenwood, Marcus Rashford, Anthony Martial, and Bruno Fernandes. Although the fixture featured multiple goals from four distinct Red Devils’, it wouldn’t be far fetched to claim that Mason Greenwood’s goals have gathered some extra recognition.

Scoring in the 29th and 54th minute respectively, the youngster has thus registered eight domestic goals to his name, which shares a resemblance with that of Roberto Firmino’s tally.

Moreover, what’s more impressive is that while the Brazilian forward is a regular starter, a good chunk of Greenwood’s appearances came off the bench. This pegs the goals in fewer minutes of game time to be of an arguably better quality.

Mason Greenwood has scored as many Premier League goals this season as Roberto Firmino (8).

Accordingly, the explosive emergence and the number of goals registered by the United academy product are sparking hints of the rise of a superstar, which when paired with his loyalty is driving the supporters crazy.

With the stats to back up, the Old Trafford faithful have used every means possible to assert the quality of the talisman. With his style of play often compared to the likes of Robin van Persie, the player who started out as a midfielder has been showcasing top-level skills in this campaign.

Furthermore, displaying a strategic resemblance to Solskjaer’s, the 18-year-old focuses on precise and controlled play. Plus his fine form in front of goal had even raised doubts in the past regarding which foot the player is best with hitting the balls at.