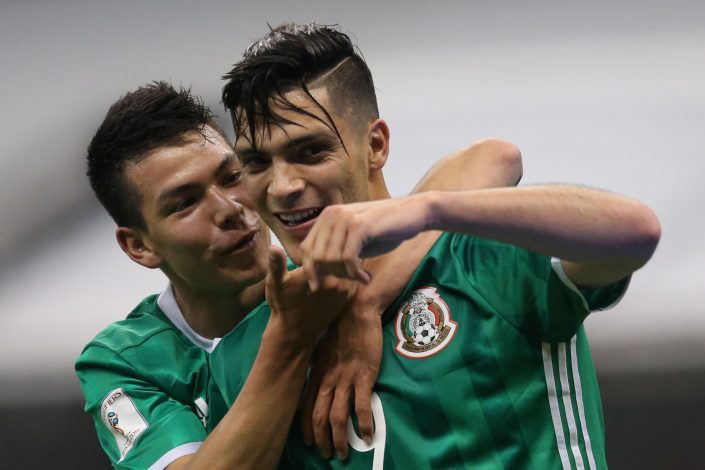 Manchester United may be close to adding a Mexican striker to their roster.

With the Premier League season done and dusted, those clubs that don’t have European football to worry about in August will be mobilizing their full attention and resources on the transfer market.

As such, the dynamics of the post-pandemic economy will certainly alter things with regard to purchasing power in particular. However, that may not entirely get in the way of some sides launching moves that initiate a domino reaction of other deals.

One such thing may be on the cards with regard to Wolverhampton Wanderers and Manchester United.

Raúl Jiménez may be on his way to Old Trafford with the Wolves close to securing a deal for Portuguese forward Paulinho, as per reports.

This is sourced from Portuguese outlets A Bola and RTP (via SportWitness) who claim that S.C Braga’s Paulinho’s transfer to the Premier League outfit is “practically concluded” and “imminent” respectively.

The 27-year-old striker’s potential signing goes hand-in-hand with Jiménez’ exit from the side, with both reports touting the Mexican centre-forward to be on his way to Manchester United. Jorge Mendes’ purported involvement in the dual-saga also spices things up.

Ole Gunnar Solskjær has indicated that the Red Devils may be in the market for a striker or a forward this window. While the primary intent is still to acquire Borussia Dortmund’s Jadon Sancho, secondary reinforcements will also have to be made.

While presently Odion Ighalo is United’s back-up striker until January, injury to either Anthony Martial or Marcus Rashford would leave the club quite lacking in offensive options. However, how good a fit the 29-year-old Jiménez will be in the Norwegian’s squad remains to be seen, especially as supporters across the globe hope for young legs to be added to the roster.

As for Nuno Espírito Santo, acquiring the striker’s replacement is imminent and the alleged €30 million release clause in Paulinho’s contract is expected to be the way to go.