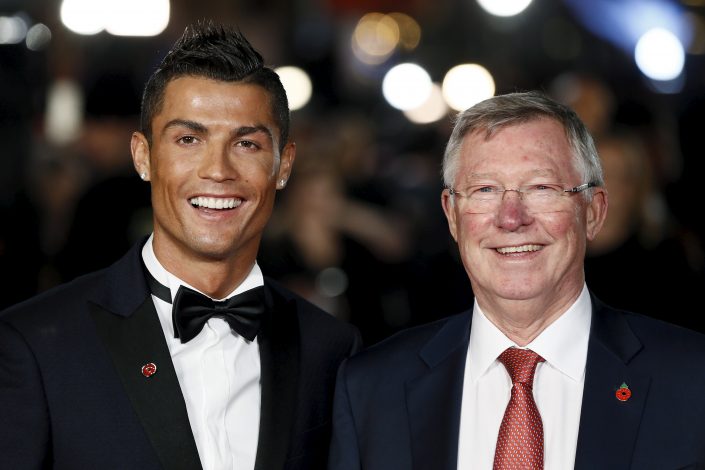 17 years ago on this day, Manchester United secured the services of a certain Cristiano Ronaldo. The rest, as the clichéd saying goes, is history and the footballing world is eternally grateful for the legend.

A large chunk of Ronaldo’s transfer hinged on the expectations that Sir Alex Ferguson had for the youngster following a friendly against Sporting Lisbon.

Despite the initial criticism hurled at him, United’s no.7 made history at Old Trafford and began what had gone on to become an enviable career, winning nearly everything at Real Madrid and now still grabbing laurels with Juventus.

Ferguson’s catalysing role in the star’s journey hasn’t gone ignored and one video that has blown up again recently proves just how proud the boss is of Ronaldo.

The clip in question is from back in 2016 when Ronaldo and Portugal had won the Euros.

Sir Alex Ferguson, a proud father, waiting for his sons, Nani and Ronaldo, to give a hug..pic.twitter.com/YTgxoN5iez

It shows a beaming and clearly proud Ferguson patiently waiting by the stairs as the Portuguese players come down having received their medals and the title. Personally congratulating his former player Nani as well as a handful of other stars like Pepe, the legendary boss was most delighted when Ronaldo came down, calling out to him.

The hug they went on to share was a wholesome moment and one that clearly illustrates the mutual respect and affection shared by the two.

Many have gone on to liken the rapport to one between a father and a son and given the nurturing role that Ferguson played in the defining years of Ronaldo’s career, it is certainly not too shy from reality.

← Scott McTominay Names Manchester United’s Next StarRobin van Persie: “Greenwood Is Better At 18 Than Me” →