Man Utd suffered a loss in their Premier League opener, the first time they have done so in six seasons.

Crystal Palace bossed Ole Gunnar Solskjær’s men quite well in their 3-1 win. The drama began early on itself as Andro Townsend opened the scoring in the 7th minute. This was doubled by more controversy in the second-half that saw Wilfried Zaha bury a regulation-awarded penalty past David De Gea. Zaha scored once more to secure all three points for the Eagles while the home side only had the debut goal of Donny van de Beek as consolation.

Victor Lindelof was involved negatively in all three goals that United conceded on the night. For the first one, it was poor positioning and player tracking on part of the Swede that saw Roy Hodgson’s flank casually convert a good pass into a solid goal. However, for that the rest of the backline also shared blame.

For the handball, however, Lindelof could not be excused and VAR confirmation stapled his fate. Lastly, the centre-back could have done plenty more to prevent Zaha from getting his brace. Solskjær may need to revisit a hunt for a back-up centre-back to partner Harry Maguire.

An early second-placed position on the Premier League table spells nothing but positivity for the Eagles. Last campaign, finding goals regularly was a consistent issue for the side. However, games like this inject heaps more confidence on the team and they will be looking to build on this momentum. This is also particularly impressive given how many of their senior defenders were out injured.

Further still, the win was their second one at Old Trafford in two consecutive seasons, with last campaign’s heroics breaking a three-decade-long win-less spell. Incredible stuff.

Manchester United were favoured all too well when it came to being awarded penalties last season. In that regard, this fresh run has started off on the precise opposite end.

David De Gea had to face two penalties on the night. The first one was avoided following a VAR check that confirmed Lindelof’s handball. Following that, De Gea did save Jordan Ayew’s half-hearted attempt moments later.

However, fresh regulations dictated that the keeper’s foot being off the line ensured that the penalty had to be retaken. Sure enough, this time it was Zaha who stepped up to the task and made no error about it. 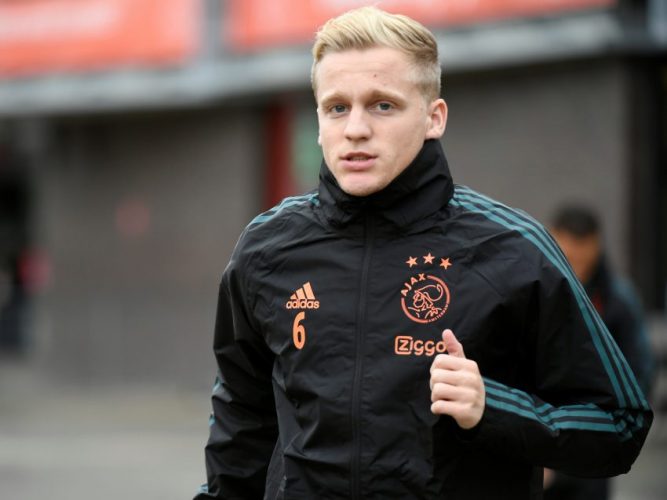 The sole positive for United to take refuge in is that Donny van de Beek had a positive debut.

Though not given the start, the Dutchman surprisingly was subbed on for Paul Pogba. His impact was instantaneous, scoring a quick goal when the chance presented itself. The rest of his time on the pitch did feature some deft passes and clever footwork but nothing that could redeem the night for his new side.

Fans will now be eagerly hoping that such goals will be a fairly regular sight from their summer investment.

The Welshman, who had a positive start to life last time around, was lacklustre and couldn’t put his pace to good use. To make matters worse, Timothy Fosu-Mensah wasn’t great in supporting him on the flank either.

Fosu-Mensah lacked both the defensive criticality of Aaron Wan-Bissaka as well as the Spider’s knack for making penetrative runs that could spell a chance or two.

Ed Woodward ought to be motivated to loosen his purse strings after seeing such a display on the wings.