The first week of October brings with it the end of the summer transfer window. The pandemic has changed the landscape of the market considerably and the end will be viewed with a sigh of relief by many clubs who just want to return to playing football and make a dent in their fortunes that way.

However, the last-minute frenzy that is a recurring feature of the market is expected to make an appearance this time too, with late drama bound to be on the table.

For Man Utd, a quiet window with regard to arrivals and plenty of criticism may just materialize in a move or two. Keeping that in mind, let us have a look at the three transfers that United can certainly make before this period is done and dusted.

Firstly, the Red Devils can still see off the Jadon Sancho saga to a positive end. At multiple points during this window, the starlet has seemed Old Trafford bound, only for the hopes of the supporters to be dashed. However, hope is the thing with feathers and for Old Trafford, a Sancho-shaped arrival could still be perched high.

Despite the various updates at several points over the last few months, a recurring feature is that Man Utd were not willing to meet Borussia Dortmund’s asking price. This was interpreted by the Bundesliga outfit to equate that the 20-year-old was effectively not for sale.

The Mancunian giants are familiar with this tactic, as it is one that they’ve used to great avail with Paul Pogba not too long ago. As such, the notion painted by the latest claims that United will still try to tempt Dortmund with an incrementally larger offer holds merit.

It is understood that the higher-ups at the Theatre of Dreams wouldn’t be encouraging these many murmurs over the large transfer fee unless there was a raw intention to sign the player. This could very well materialize in the days to come.

Likewise, the Sancho saga sidelined another pressing need at the club- that of a back-up left-back. Luke Shaw’s injury-prone streak and Brandon Williams’ relative inexperience makes this a no-brainer, especially given how crucial the spot is to Ole Gunnar Solskjær’s tactics.

While this was ventured as a probable point early on in the window, the Sergio Reguilón saga completely highlighted it. United failed to acquire the Spaniard who was effectively stolen by Tottenham Hotspur. However, what it did succeed in doing is to expand the side’s market search for a promising left-back.

This brings us to Alex Telles who seems increasingly likely to make a switch to Old Trafford, with many reports claiming personal terms as already agreed to. The Brazilian would be an interesting acquisition as his age of 27 won’t make him an immediate challenger for Shaw’s spot. What it will do, however, is create the precise sort of healthy competition at the flank that Solskjær now enjoys and nurtures in his midfield.

Further, the Porto player would also bring an attacking flair to the lineup. An added source of goals will be paramount to the side’s hopes, especially given how unexpectedly toothless they seem at times despite the firepower on offer.

In this regard, all that remains is for the two clubs to land on an amicable transfer fee for Telles. Certainly the theme of United’s window.

Lastly, it would do Solskjær and company a heap of good if they are able to sort out Chris Smalling’s future once and for all this summer itself.

The English defender had a fruitful loan spell at the Serie A last campaign and if not for financial circumstances, he would have guaranteed not remained a United player at this point. 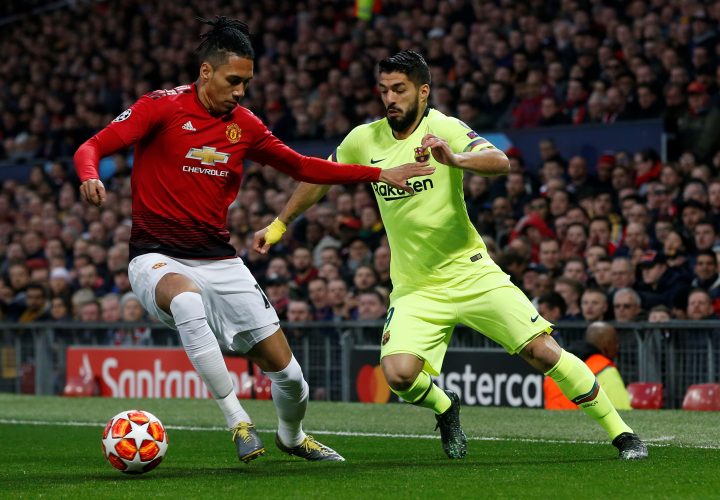 However, Roma have expressed renewed interest now and here too all that is standing in the way of a sale is for the Premier League club to sanction the departure for an agreeable fee. As of recent, even Inter Milan have stepped in as potential suitors and a bidding war could ensue.

Solskjær has made it clear that no player would remain at United to be made happy and that everyone ought to work hard to carve out a spot. As such, with most reports painting the truth that Smalling is not happy to warm the bench at the club and wishes to play for Roma, it wouldn’t do well for Man Utd to keep a player against his wishes. While arguments can be made that the state of their defence would necessitate competition and that the English centre-back would help matters, moral often rules high.

In the end how many, if any, of these deals will the Red Devils be able to wrap up by deadline day?