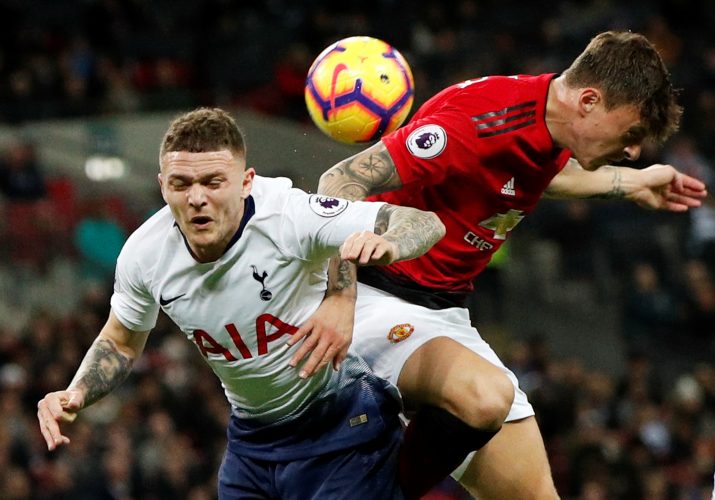 Atletico Madrid lost Thomas Partey to Arsenal before the start of the season and could lose another one of their players to the Premier League next summer.

According to the Telegraph, the Spanish side’s right-back Kieran Trippier has emerged as a possible target for Man Utd.

Ole Gunnar Solskjaer is believed to be happy with Aaron Wan-Bissaka’s progress but wants to bring in a new competition to strengthen the position and the Atletico Madrid man is amongst the players the Norwegian will consider.

Wan-Bissaka, 23, is one of the best defensive full-backs in the world. However, the jury is out on his attacking capabilities. Trippier, meanwhile, is known for his ability to find teammates in the opposition box with pin-point crosses.

The Englishman, who opened the scoring against Croatia with a brilliant free-kick at the 2018 World Cup, is also way ahead of the former Crystal Palace player in the England pecking order under Gareth Southgate.

Trippier is also admired by Atletico Madrid boss Diego Simeone. He has started in all 10 league games and provided 3 assists for the LaLiga leaders this season.

Naturally, Simeone will be keen to keep the 30-year-old, who is contracted to the Spanish giants until 2022, at the Wanda Metropolitano. Nevertheless, an opportunity to return to England could be tempting for the former Tottenham Hotspur star.