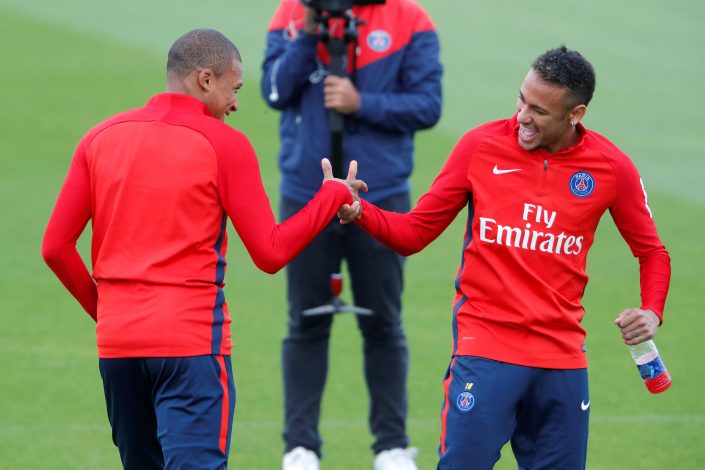 Kylian Mbappe has told friends that he likes Manchester United, according to reports.

His current contract runs until 2022, but the 21-year-old is yet to agree to extend his stay in Paris, and is likely to leave the French Ligue 1 leaders at the end of the current campaign if the situation remains unchanged.

The Frenchman is reported to be interested in moving to Real Madrid and Barcelona, however, both Spanish giants are facing financial issues.

Liverpool is another club he has a fondness for, but the current Premier League champions ditched plans to sign Jurgen Klopp’s main target Timo Werner, who is now at Chelsea, due to the loss of matchday and broadcasting income, and are unlikely to be involved in a mega-money move in the upcoming transfer windows.

Duncan Castles told The Transfer Window Podcast that Mbappe is also an admirer of Manchester United, and has told friends he likes the record Premier League champions.

Paul Pogba’s potential departure coupled with the failure to bring Jadon Sancho before the start of this season could tempt Ed Woodward, the club’s executive vice-chairman, to make an ambitious move for the PSG superstar.

The World Cup winner must have already impressed key figures at Old Trafford during his two Champions League displays at the iconic stadium. He scored a goal in 2019’s round of 16 first leg meeting, while his link up play with Neymar resulted in a 3-1 win this season, which eventually led to the home side’s exit from the competition.

The move to Manchester would be an attractive proposition, as it provides Mbappe with the opportunity to lineup alongside Marcus Rashford, the player he has praised on several occasions, along with a potential reunion with former PSG teammate Edinson Cavani.