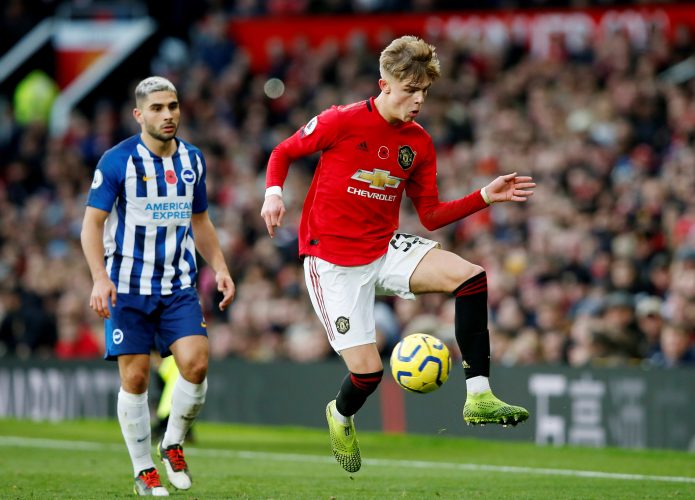 Southampton are reportedly keen to sign Brandon Williams on loan in January.

Ralph Hasenhüttl’s side have opened their 2020-21 campaign in solid fashion as they sit fourth in the Premier table ahead of their trip to the Emirates to face struggling Arsenal.

The ambition of the club is to achieve European football, and therefore, it’ll be important to maintain the current impressive form all season long.

However, as seen in the past, mid-table teams usually crumble by the time the season comes to an end – mainly due to the size of their squads compared to the traditional ‘big six’.

Accordingly, the South Coast outfit are looking to make new additions in January.

As per the Telegraph, Southampton have revived their interest in Manchester United’s Brandon Williams. Hasenhuttl wants to sign a new full-back to add competition for Kyle Walker-Peters and Ryan Bertrand.

Saints, who failed to defend a two-goal lead against Manchester United in November, tried to sign their academy graduate on loan before the start of this season as well, but the potential move was blocked by Ole Gunnar Solskjaer.

The situation seems different at Old Trafford now, and the Manchester United gaffer is believed to be open to allowing the Englishman to get first-team minutes elsewhere in the second-half of the season.

Incidentally, the 20-year-old has not started a league game this season, and his latest appearance for the club was with the Under-23 side in a derby against Man City EDS. This is in sharp contrast to the plethora of opportunities he was given when he first broke in to the senior squad.