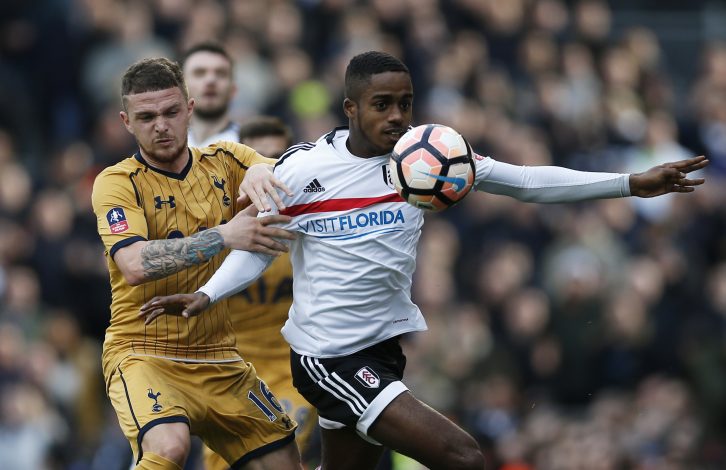 A move to Man United ‘appeals’ to Atletico Madrid’s Kieran Trippier, according to reports.

Man United are looking to bring in a new right-back to compete with Aaron Wan-Bissaka for the starting spot, and have earmarked the former Tottenham Hotspur man as a potential option.

The England international moved to the Spanish capital from North London in 2019, and has effortlessly slotted into Diego Simeone’s system, having started all 11 games in La Liga this season.

It is unlikely he’ll be allowed to leave next month, however, as Atletico are challenging for the title, and sit level on points with Real Sociedad and Real Madrid at the summit of the league, with two games in hand.

However, his contract at the Wanda Metropolitano runs out in 18 months, and if not in January, Madrid could sanction his departure at the end of the current campaign to cash in.

Trippier is also eager to join the English giants. The former Burnley star, who grew up in Greater Manchester, is a boyhood fan, and as per MEN, a potential return to the city ‘appeals’ to the former Man City academy player.

The 30-year-old, who’s known as the ‘Bury Beckham’, will add a new attacking threat with his crossing at Old Trafford – something that Wan-Bissaka has failed to deliver consistently, having yet to register a single assist in the Premier League this season.