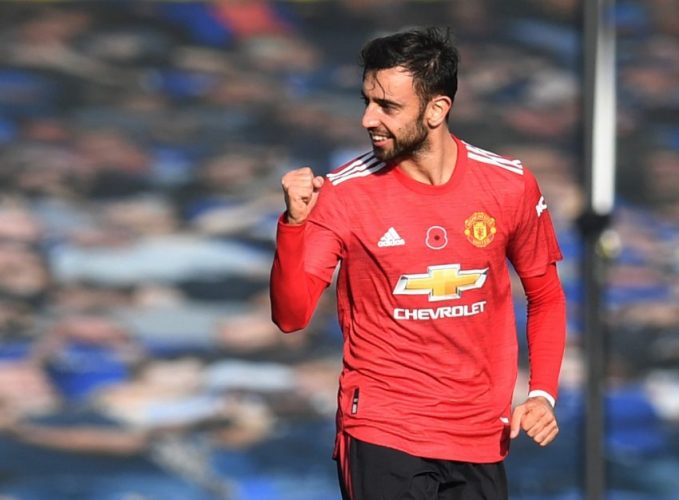 Manchester United return home with a lone point from the King Power Stadium despite Marcus Rashford and Bruno Fernandes’ efforts.

The Portuguese international set up the opener for the England international in the first half with a stretched through ball that was finished very well. Edinson Cavani made an impact off the bench yet again as he assisted Fernandes’ goal, which almost became the match-winning goal.

However, after Harvey Barnes’ first-half goal cancelled out the United forward’s opener, Axel Tuanzebe unfortunately scored an own goal during the dying minutes of the fixture.

Nevertheless, the Red Devils are still on a very impressive away run, having not dropped a single point in their previous 6 Premier League games away from Old Trafford.

Despite the draw, there were many positives in the game, one of them being a special moment between Rashford and the former Sporting Lisbon man following the first goal of the game. As the Englishman ran off to celebrate, the midfielder could be heard yelling: “Did you see my assist?” right before huddling up.

Obviously, fans loved this little moment between the Red Devils and had very interesting reactions.

Things like this will only give me joy if we win

My love for this team is unhealthy just win please

The Portuguese international’s influence has been nothing short of game-changing for the Mancunians; not just on the pitch. The attacking midfielder has not only been a decisive factor in his side’s performances since he signed, but he has also seemed to have instilled a winning mentality amongst his teammates. The squad seems more cohesive and positive with the 26-year-old around.

Ole Gunnar Solskjaer is likely very impressed by how his signing has affected the team and will be delighted with the results this has brought.