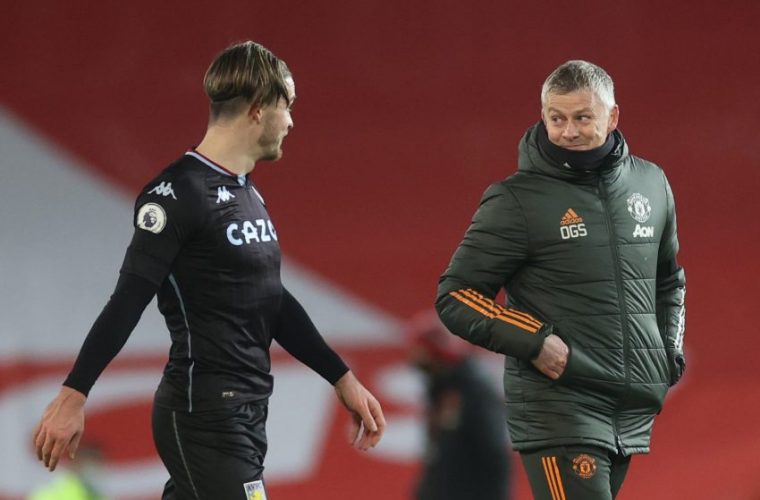 The Claret and Blue, who came from behind to win a point against Chelsea at Stamford Bridge in their last match, failed to engineer another comeback against the Red Devils. Bertrand Traore’s equaliser to Anthony Martial’s opener did give Dean Smith’s side some encouragement, but Bruno Fernandes’ penalty ensured they returned Birmingham empty handed.

Nonetheless, their captain Jack Grealish, who scored a worldie in the same fixture last campaign, was a joy to watch yet again. The Englishman registered his 7th assist of the season – the same tally as Fernandes.

If things go as per wishes of some United fans on social media, the duo can create together for the likes of Marcus Rashford and Anthony Martial at Old Trafford next season.

Bruno Fernandes vs Jack Grealish on our screens, what a way to start 2021.

If Manchester United are considering sending that £120m to Dortmund for Sancho they should forget it and send to Villa whatever they want for Jack Grealish. Jack’s so good man, would do anything to have him here.

Jack Grealish has proven his quality in the premier league for over 18 months consistently. Solid on the ball and a great pass.

If ManUtd are ever going to spend £80m or more on any player, then it should be him not Sancho imo.

We don’t want a repeat of the Werner brothers.

Grealish will fit man united perfectly…. He has that eye to pick up runs of players.

Grealish is some player, by the way. So graceful with the ball at his feet. Glides past players.

Honestly, whatever Aston Villa want for Jack Grealish, pay the money & bring him in now before the Man City game next week. Best player on the park for me tonight. He’s 100% a world-class player.

Although the Premier League giants’ main attacking target is believed to be Jadon Sancho, the idea of signing the 25-year-old is equally attractive, and with Sancho struggling to replicate numbers of last campaign at Borussia Dortmund, he’s slowly being pushed out of many supporters’ transfer wish-list.

The January window is open, but for now any deal is unlikely with Aston Villa pushing for their best league position in years under their captain, and United looking to inculcate the likes of Amad Diallo and Facundo Pellistri in their squad instead of bringing in another attacking option mid-season.