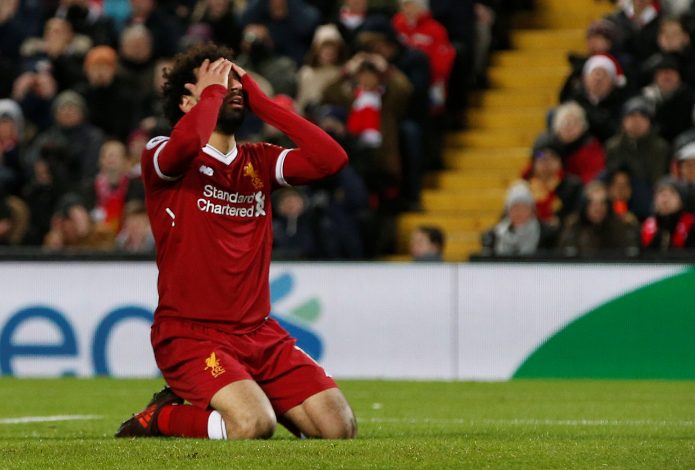 Man United maintained their three point lead over Liverpool with a goalless draw at Anfield.

In a fixture filled with superstar attackers, it was the two side’s defenders who decided the outcome of the match and kept opposing forwards quiet.

While two natural midfielders Jordan Henderson and Fabinho filled in the backline for Jurgen Klopp, Ole Gunnar Solskjaer’s tactics to sit back and counter worked well due to their formidable defence, and the approach could’ve led to all three points if not for some big saves from Alisson.

Luke Shaw was the pick of the bunch, as he didn’t put a foot wrong against Mo Salah, and made sure the Premier League top-scorer failed to get his name on the scoresheet in the fourth consecutive Premier League match.

The Englishman was equally vital in the final third for the visitors, and kept Liverpool right-back Trent Alexander-Arnold on his toes.

A key player with and without the ball. 🔑 pic.twitter.com/kyZlF1lCr2

luke shaw emptying his pockets after the game pic.twitter.com/ResXlqltJu

Luke Shaw outstanding in that first half. Salah couldn’t get a sniff against him so he swapped sides with Mane, and Shaw has been solid against him too.

Shaw has always been technically proficient – that’s never been the issue. It’s always been an issue of his physical, tactical and mental capabilities since his return from injury. When Ole says “he’s improved immensely” he’s referring to those three things. https://t.co/xCxfLRK1N7

The 25-year-old was full of energy going forward against Burnley in mid-week as well, and although fans will be tempted to see more of him in their next match against Fulham, considering his past injury record the United manager would be wise to give him a well deserved rest instead.

In Alex Telles, the Brazilian who was initially seen as an obvious first-choice left-back, the league leaders have a more than capable understudy for the former Southampton star.