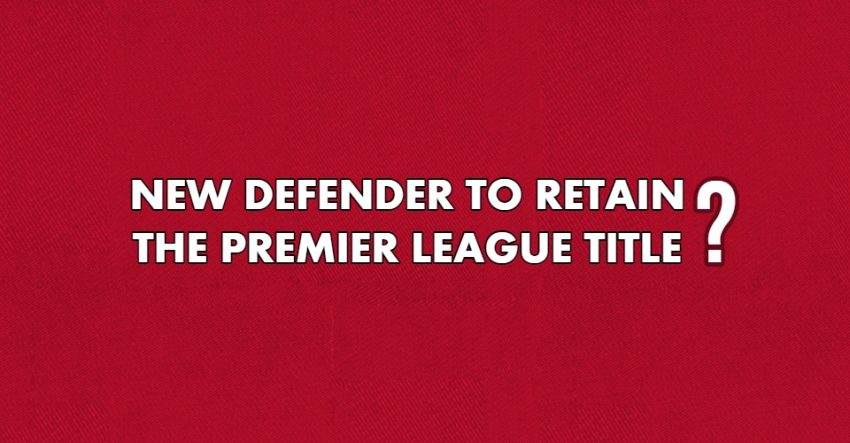 We could be in for the most competitive Premier League title race we have seen in many years, as five clubs look to lift the trophy later this year.
Amongst the five teams involved are Liverpool.

They won the 2019/20 title with ease, and when they did that, many spoke about them as being capable of winning multiple titles. However, things haven’t gone to plan for Liverpool so far, and they are having a tougher time than expected.

In their defence, injury problems have made the season so far a lot tougher than it should have been for them, and this may force them to dip into the transfer market this January.

The loss of Virgil Van Dijk has hit them hard, and a solid replacement would go a long way to getting this team playing the kind of football we are used to.

Virgin Van Dijk is not the only player to be missing from the current Liverpool line up. Fellow centre halves Joe Gomez and Joel Matip are also out, and none of these players are expected to return anytime before the beginning of April.

This has left Liverpool with a big hole in their defence, and it is no surprise to see them conceding goals and generally struggling because of this absence. Any team put in this position would struggle, and considering their current league position, one could say that Liverpool have done well considering.

There is no doubt though that Liverpool are a worse team right now than the one we saw last season, largely because of these injuries. If they want their title to stay in the city, it’s time to invest.

Why Van Dijk is the Key

If you look at how Liverpool have played this season after their injuries, you can see just how important Virgil Van Dijk is to them. They haven’t had the same flow about their game or attacked with the same confidence.

It is as though the team only has full confidence when they know Van Dijk is at the back to mop up any issues.

Go back to last season, and almost every week we saw a highlight reel from Liverpool games of impressive attacking play on sites such as 101greatgoals. This season, we have seen the odd spark from them, but nowhere near the same amount.

They can’t get Van Dijk back into the team for some time, but a replacement may go some way to relaxing the attacking players on this team and giving them their confidence back. Football is a confidence-based game, if you want to succeed you need to feel good about yourself.

One thing that many people will look at is the Liverpool defence when their injured players come back, and they will say for that reason that they do not need to buy someone else.

However, now more than ever before, we are seeing congested schedules and more football played, so an additional player will never go amiss. Anyone who keeps up to date with the latest Liverpool news will know they tend to go far in cup competitions, they play in Europe, and they want to retain their coveted league title.

This all requires a big squad, so if Liverpool do sign someone, as they should, then fans of the Reds should not worry too much about fitting the new player in over the course of time and finding games.

What should be the main focus right now is this season, and maintaining their title, and for that, Liverpool need to sign a new defender in January.