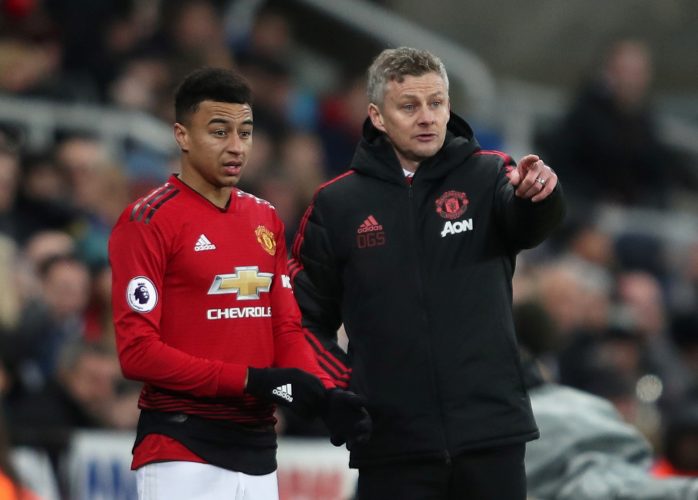 Jesse Lingard commenced his debut stint with West Ham United in some style. The Manchester United academy graduate was loaned out in the winter window after seeing no major role in Ole Gunnar Solskjær’s senior side.

It was the familiar face of David Moyes who greeted him with the Hammers as the gaffer had overseen the Englishman’s initial rise during his brief stint at Old Trafford.

As such, when Moyes awarded Lingard with a debut, there was much hope pegged on the 28-year-old.

Lingard certainly stayed true to that and then some as he went on to score two goals in their 3-1 victory over Aston Villa. Tomas Soucek had opened the scoring for them prior to Lingard’s brace, while the home side only had Ollie Watkins’ late attempt as consolation.

The football world was taken by storm at Lingard’s electric debut with memes and reactions flowing in plenty.

Most of the emotion lauded the forward and hoped well for him.

Amongst these were his Manchester United teammates as well. Bruno Fernandes, Marcus Rashford, and Diogo Dalot all took to Instagram to pile their reaction on his performance.

The players had their congratulations in place as comments on Lingard’s post on the social media platform.

It will be interesting to see what the future holds for the player, especially given how limited the chances of a Manchester United future are for him.

Fans were particularly speculating as to whether Rashford and he would be sharing a pitch playing for the same side ever again in the near future.