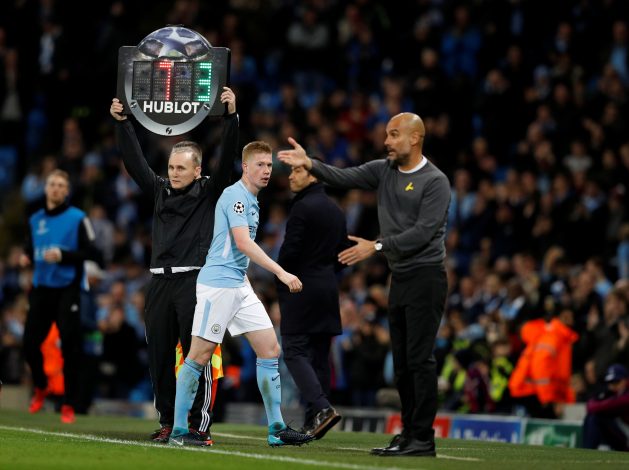 Bruno Fernandes has given Manchester United yet another victory and seemingly nothing else is new. The Portuguese international was resolute in scoring through his trusted method, giving his critics plenty of ammunition as he netted via penalty within minutes at the Etihad.

In fact, his opener during the 0-2 win, secured via Luke Shaw’s second-half goal, also happened to be the quickest goal to have ever been scored by an opposing side in the Premier League at Manchester City’s home turf.

Incidentally, the goal could have almost not have been that successful. Anthony Martial’s spirited early run into the box was tripped by Gabriel Jesus, creating the penalty opportunity.

Thus, when Fernandes stepped up to undertake the spot-duty, the pressure was clearly on. As such, his heart would have certainly skipped a beat when Ederson Moares got his fingertips to the ball. However, the power behind the shot was enough to bury it into the back of the net.

Regardless, City also had another means with which to try and dissuade Fernandes.

Kyle Walker stood up and screamed “He’s saved it!” as Fernandes made his run up.
Didn’t work #mufc #mcfc

Kyle Walker, propped on the home bench as a substitute, tried in vain to distract Fernandes as he was lining up the decisive shot.

The defender reportedly yelled, “He’s saved it!” as United’s danger man was running to take the penalty. Much to his chagrin and to Pep Guardiola’s disappointment, that did not suffice in deterring the former Sportimg star.

What Robertson Did Before Mason Greenwood’s Goal

Fernandes now has the second highest goal contributions of any player in the Premier League this season with his 16 goals and 10 assists.

Further still, his caliber is marked even further when one realises that in his 42 Premier League games, he has had 41 goal involvements. No player has created more assists or scored more goals in the League since the man made his competitive debut with United.

Simply put, such numbers may need more than just a yell to be distracted.

← Shaw vs Cancelo: Debate For The Best Full-back Settled Once And For All‘Man of the Match’ Martial Produced Superb Individual Highlights In The Manchester Derby →