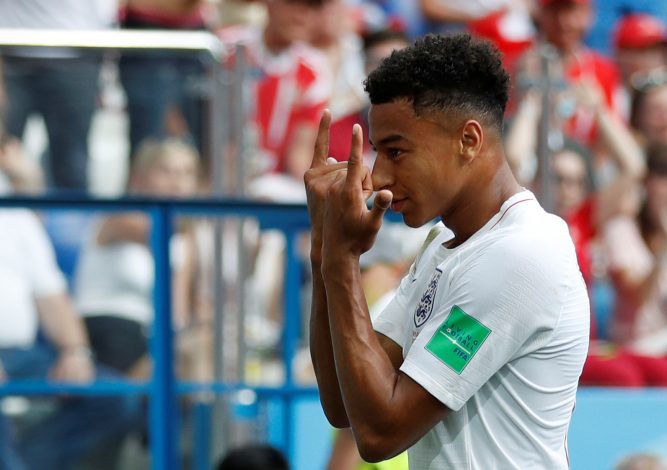 Jesse Lingard’s resurgence in form could lead to big names missing out on England’s Euro 2020 squad.

Since his loan move to West Ham, the attacking midfielder has bettered goal involvement numbers of several of his English counterparts. Further, five goals in his first seven league appearances for the Hammers resulted in a return to England setup after an absence of nearly two-years.

Akin to his rise under David Moyes, the Englishman seemingly slotted in Gareth Southgate’s lineup as well. He featured in all three wins for the Three Lions in the World qualifiers, including being named Man of the Match in a 5-0 thumping of San Marino.

As per the Sun, Lingard’s form, alongside his popularity within the England dressing room, has impressed Southgate so much that he’s working to find a way to include the stalwart in his Euro 2020 squad for the summer.

Accordingly, the 28-year-old’s inclusion would result in a big name playmaker being axed.

Both Jadon Sancho and Jack Grealish missed the international break through injury that ushered Lingard’s inclusion in the 2022 World Cup qualifying campaign in the first place. Now, they could lose their places for the Euros in favour of the United loanee.

Southgate’s controversial England decision, if made at all, would also raise eyebrows in Manchester.

The Red Devils, who shifted surplus-to-requirement-Lingard to London in January, are interestingly linked with both Sancho and Grealish. As such, the West Ham star’s exploits in the Euros could have a domino effect on United’s transfer dealings.