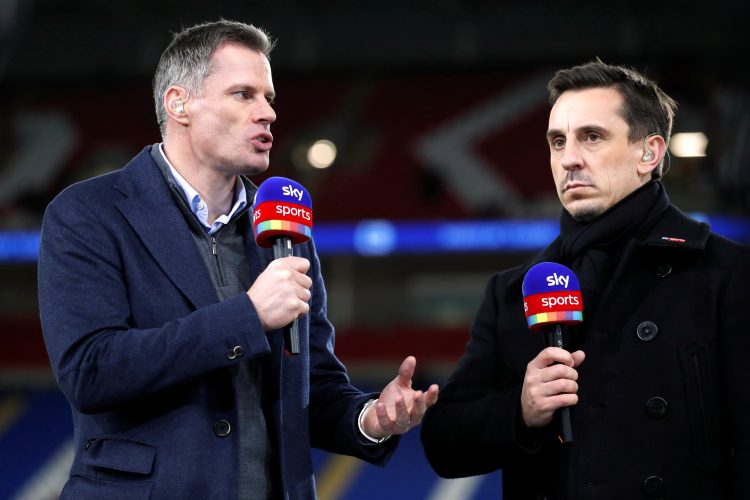 Sunday’s would-be crucial derby between Manchester United and Liverpool was not to be. Protests from fans at Old Trafford hours before kick-off disrupted the schedule. Scores of supporters stormed the Theatre of Dreams and demonstrated on the pitch.

While largely a result of the backlash over United’s attempt to instate a European Super League, this specific demonstration was also a move against the Glazer family who own United.

As such, the symbols, posters, and colours on display during the storming made the intent and anger of the supporters quite evident. This has been brimming from quite a while now and was brought to a head by the short-lived tryst of the Super League.

Now, two pivotal figures have made their opinions about the protests known and it is quite something after all.

Gary Neville, who was present at Old Trafford during the demonstrations as part of Sky Sports, did not mince words whilst giving his reactions, stating: “Today we can be angry, the game may not go ahead, the fans are angry but they’ve protested peacefully and we have to accept that you’re allowed to protest in this country. It’s every person’s right.”

Further, Neville also voiced his distrust over the Glazer ownership and the control of a few individuals over the game. He earned quite a bit of praise for his comments.

Roy Keane was of a similar opinion in his reaction, stating: “They’re doing it because they love the club and it’s not what has happened over the last few weeks with the Super League. This is just the start for United fans and their plan is for the United owners to give in and sell the club.”

These two senior figures are certainly echoing much of what has prompted the Red Devils to take such a measure and march on against the Glazers.