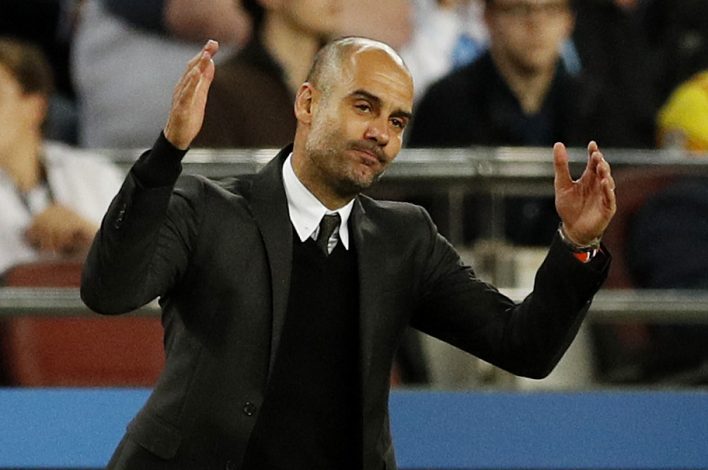 Man City flouted yet again in the biggest competition in European club football, being trumped by Chelsea in what has become a winning habit.

A sole first-half goal from Kai Havertz was all it took for the London side to get the better of the Mancunian giants to put the Champions League final to bed.

This loss will certainly sting Pep Guardiola whose side were the clear favourites heading into the competition given their excellent Premier League run this season. However, it was Thomas Tuchel, last year’s finalist with PSG, who had his delight instead.

Twitter was flooded with predictable reactions after the game, most of which painted a picture of great woe for the former Barcelona and Bayern Munich manager.

Gündogan as DM, starting Sterling. What was Pep thinking man..

What a difference a year makes for Thomas Tuchel & Thiago Silva. #UCL pic.twitter.com/qCCezM4TJ0

Pep Guardiola has spent £832m to bring a #UCL title to Man City.

When he finally reached the final, his side had a single shot on target in 97 minutes.

Played superb football, yes, but everything Guardiola’s won has been either with the best player ever, or spending the most money to assemble the best squad in the league. Barca, Bayern, City. Often tactically flustered in big games. But, the best coaches get the big games right?

Tuchel’s going to be backed majorly especially after winning the UCL. He inherited a good squad with many experienced winners and now he’s got a big opportunity to make them better.

We *must* get it right this summer or we’ll be hammering nails into our own coffin next season.

The Porto night was also one where City simply failed to display the attacking edge that they have become renowned for over the years. Guardiola arguably sought to overthink his starting lineup yet again, this time omitting Fernandinho. This effectively robbed the side of a much-needed defensive cover in the form of a holding midfielder, which Mason Mount’s deft pass to Havertz took great advantage of.

Moreover, Chelsea were a force to be reckoned with throughout the game and took great strides despite injury to Thiago Silva. It was also woe for City who lost the prolific Kevin de Bruyne to injury and were not even able to find an inspirational goal from Sergio Aguero in his last kick of football for the club.

All in all, the English clubs did provide a significantly more exciting Champions League final than the last time when two Premier League sides clashed with Liverpool’s win over Tottenham Hotspur just above the level of a snoozefest.