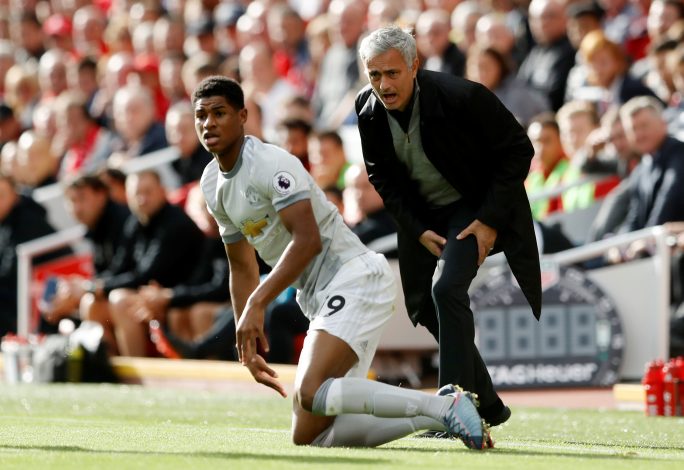 Jose Mourinho left some big names including Marcus Rashford and Luke Shaw out of his preferred England starting XI for Euro 2020.

The Portuguese manager is covering Euro 2020 for talkSPORT before taking over his new managerial position at AS Roma. With the Three Lions kicking off their European championships against Croatia on Sunday, he was tasked with naming his own starting XI.

Harry Kane, the skipper of Mourinho’s former club Spurs was ‘untouchable’ in his lineup. Another one of his former players Rashford, nevertheless, failed to make the cut in favour of Jack Grealish.

Explaining the reason behind the decision to drop England’s captain against Romania, Mourinho stated: “Harry Kane is untouchable, Jack Grealish is untouchable and the best position for Grealish is coming from the left. For me, Marcus Rashford can only play there. When he plays on the right, he is completely lost. He is very good on the left attacking spaces.

“But Grealish, for me, is tremendous and what he creates and his personality. He reminds me of Luis Figo. I like him very much.”

Grealish is world class and is capable of changing games on his own. However, Kane excelled under the Portuguese in North London alongside Son Heung-min, a player who likes to make runs in behind defences, complimenting the England striker’s tendency to drop deep.

Incidentally, Rashford’s profile is similar to Son, while the likes of Grealish and Foden prefer ball at their feet before taking on defenders.

Further, the 58-year-old wouldn’t ‘think twice’ before going with Ben Chilwell over Luke Shaw for the left-back position. Another surprise selection choice, as Shaw is a much more defensively reliable full-back than Chilwell. There aren’t many managers in world football who appreciate defensive stability more than Mourinho.

Regardless, before we conclude that his omissions are influenced by his disappointing departure from Old Trafford, it must be noted that he did name Dean Henderson as England’s No 1.