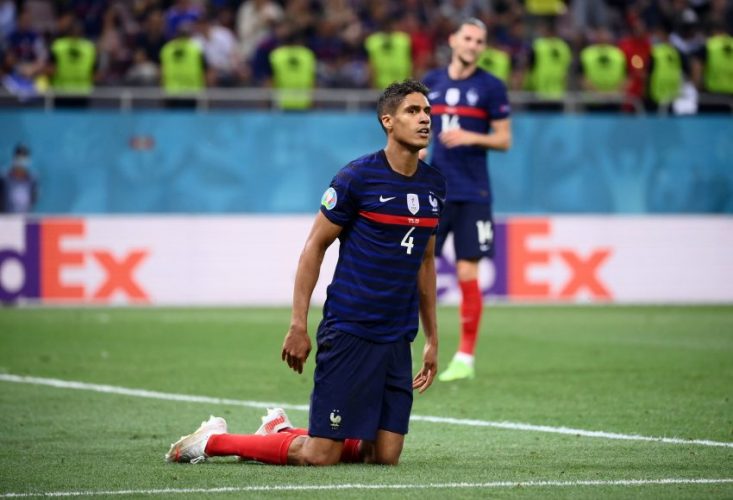 Raphael Varane backed harsh criticism against Paul Pogba from a teammate during a dressing room bust-up after France crashed out of Euro 2020.

Switzerland emerged victorious from an unlikely spot as skipper Granit Xhaka led them to a comeback, forcing the tie into extra-time. The game went to penalties after 120 minutes where Kylian Mbappe ultimately missed the decisive penalty.

An unexpected outcome like this was sure to stir the team up, but allegedly (via GFFN) scenes in the France team got ‘ugly’. Adrian Rabiot and Mbappe’s families clashed verbally as the former’s side took digs at the striker’s all-important penalty being saved by Yann Sommer .

Rabiot got involved further as he and Pogba are said to have insulted each other as the Juventus man expressed his displeasure at the midfielder’s defensive work rate. This kicked off a series of flare-ups as Varane’s argument with Benjamin Pavard led to both of them expressing their dissatisfaction at Pogba’s defensive contributions.

That is a very big claim especially when one considers the fact that the box-to-box midfielder was arguably France’s best player at the tournament.

Now teammates being upset at each other following defeats of such fashion is nothing new. However, according to several reports, the Real Madrid star could be on his way to Old Trafford and this could cause some awkward tension between him and his fellow countryman.

Further, not only did they have a heated row, but the defender also backed Pavard’s claims of the former Juventus man slacking off in defence.

Despite having contributed heavily to the team’s run so far, a lot of the blame is being forced upon the 28-year-old. This is very bizarre considering N’Golo Kante – who is supposed to be the one contributing to defence – has not shouldered much blame despite suffering a poor campaign.

However, the focus is now on a potential rift between the centre-back and United’s record signing – will this incident cause awkward tensions in the dressing room should the former make the switch to Manchester?