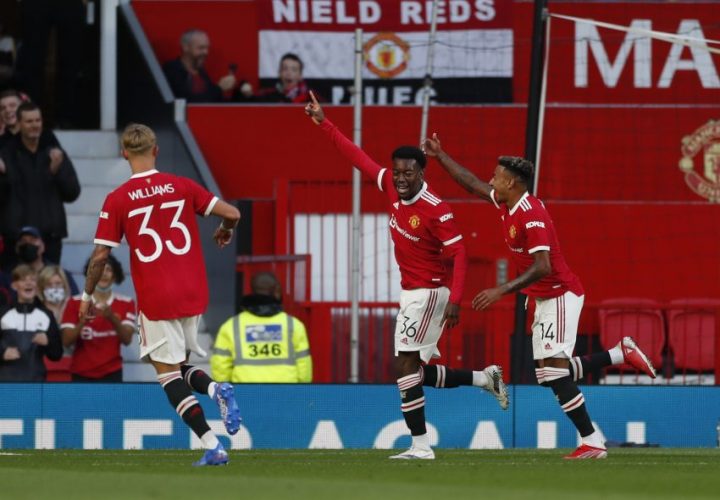 Manchester United had another disappointing pre-season friendly – result-wise at least – as they drew 2-2 with Brentford at Old Trafford.

Anthony Elanga and Andreas Pereira’s worldies in each half were cancelled out by Brentford’s Shandon Baptiste and Bryan Mbeumo. The United backline couldn’t do much to stop Baptiste’s strike, but left-back Diogo Dalot should’ve anticipated Fin Stevens’ pass that led to the second equaliser better.

Nevertheless, it was still a good experience for the youthful United lineup and a 30,000-capacity crowd, who witnessed three incredible goals on the night and an encouraging display from these four Red Devils.

The 19-year-old volleyed home the opener and stretched Brentford’s defence all night with his movement. The Swedish forward, who scored an equally impressive goal against Queen’s Park Rangers as well, has been one of United’s best players this summer and could be a source of selection headache for Ole Gunnar Solskjaer going into the season.

The Englishman did very well to pick out Elanga with a pinpoint low cross for the hosts’ first goal. After a disappointing outing at QPR, the right-back seemed much improved, especially in attack, against Brentford.

The Brazilian has always been a standout United player during pre-season in the last few years, and grabbed the headline in this one too with a spectacular volleyed goal – perhaps his best and last in a Red shirt as he’s expected to leave this summer.

The 32-year-old was a steady presence in the middle of the park and is likely to be involved against Leeds United in the Premier League as Solskjaer still waits for the majority of his senior players to return from their holiday.