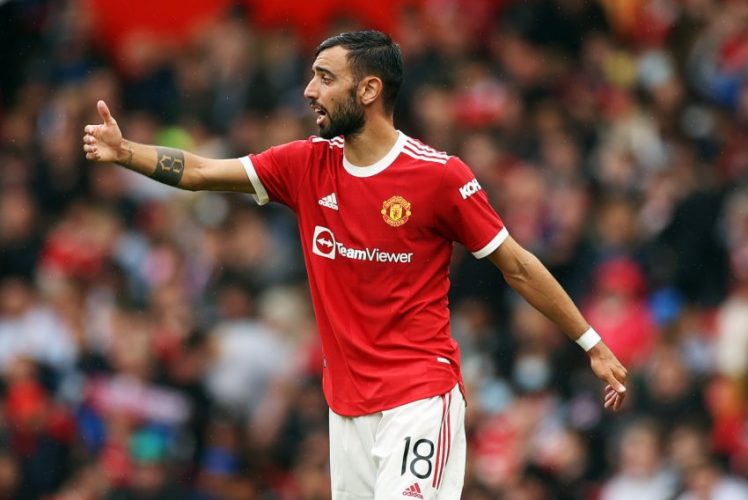 Manchester United have kicked off their season in great style as they secured a very comfortable 5-1 victory over Leeds United on opening day thanks to Bruno Fernandes.

Not only did the Portuguese international open the scoring in the first half, but he also managed to follow it up with two more goals in the second half to complete an incredible hat-trick. Fernandes managed to singlehandedly bring United back into the tie after Luke Ayling’s equaliser.

The midfielder opened his goal tally for the new season with a sweet finish that Illan Meslier failed to save securely. Paul Pogba provided a brilliant assist by cleverly taking out the entire Leeds defence out of the equation with a single touch of the ball. The midfielder then assisted the Portuguese’s second goal as well, which almost got cleared off the goal-line.

And the goal that completed the hattrick was truly the cherry on top – Victor Lindelof lobbed a ball over the opposition defence which the former Sampdoria man hit first-time to give the Old Trafford crowd one of the best half-volley shots they will see this season.

Just like the supporters at the stadium, fans on Twitter went absolutely wild seeing their talisman’s performance.

Bruno Fernandes is the best player in the Premier League. People really forgot how good this guy was because he was exhausted by end of last year. One of the best shooters around.

Bruno Fernandes, one of the most inevitable players in the world, does what Bruno does best, being inevitable.

Bruno Fernandes heard everyone say why is he knee sliding in a pre season game and said f*ck it I’ll do it again, warra guy 😭

Bruno Fernandes when he heard people saying that he only scores penalties pic.twitter.com/S8neGjHBc2

If there is any player whose performance can rival the 26-year-old’s display today, it has to be of Pogba. The Frenchman provided 4 assists against Marcelo Bielsa’s side and heavily contributed to his fellow teammate’s hattrick.

One thing is for certain – if the performance against the Whites is a sign of what is to come this season, every single team should be afraid of Ole Gunnar Solskjaer and his side right now.