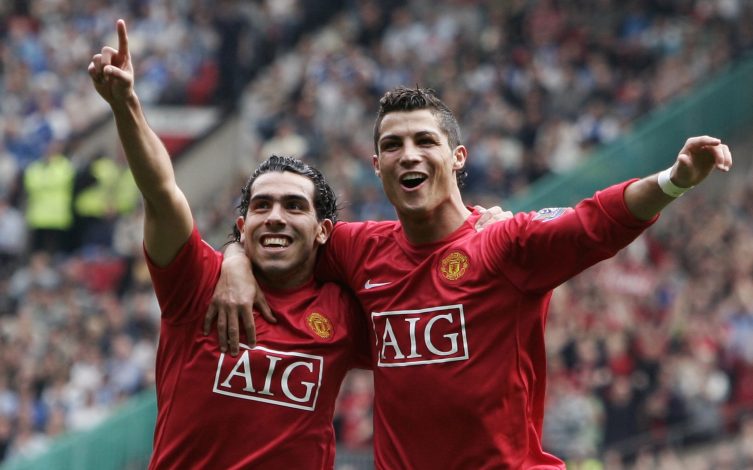 A clip of Cristiano Ronaldo talking about a move to Manchester City back in 2015 is doing rounds and Manchester United fans absolutely love it.

The Ballon d’Or winner has been heavily linked with a move away from Juventus this summer. According to L’Équipe, Ronaldo has apparently set his sights on linking up with Pep Guardiola at City.

The Portuguese started on the bench for his side during the Serie A opener amidst rumours of a potential exit. Yet Massimiliano Allegri insists his star player will remain in Italy this season.

Nevertheless, United fans remain optimistic that their beloved legend would not betray them. And a clip of the forward laughing off the idea of moving to the Etihad has given them even more hope that he would stay loyal.

“You think the money is going to change my mind now?” Ronaldo hit back jokingly while talking to BBC.

“I don’t think so. I think it is not going to be the problem, because if you will speak about the money, I will go to Qatar.

“They [Qatari clubs] maybe have more money than Manchester City, but it’s not about the money. It’s about the passion.”

Big words from a big player, but should the veteran striker does end up making the switch, he may ruin his relationship with the Old Trafford faithful beyond repair. Especially after his bold celebration against the Red Devils in the Champions League back in 2018.

Nevertheless, only time will tell if the 36-year-old decides to cross the divide.