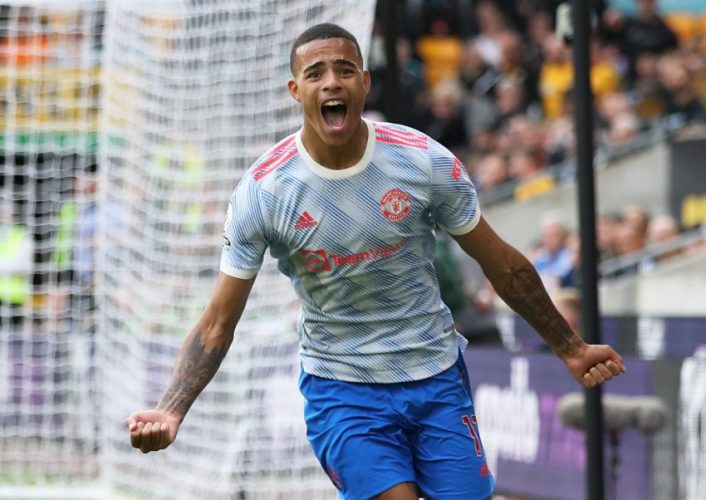 Manchester United’s 1-0 win over Wolves means they are now unbeaten in their last 28 Premier League away games, achieving a new record for the longest unbeaten away run in English league football history.

Ole Gunnar Solskjaer’s side endured a nervy first-half at Molineux that saw Franciso Trincao’s attempt towards an empty net cleared away by Aaron Wan-Bissaka. The visitors’ clean sheet right until the end kept three points within their reach.

Right around the 80th minute, Ruben Neves went down, appealing a foul from Paul Pogba, and amid the chaotic scene, Mason Greenwood received the ball from Raphael Varane and fired United’s winner past Wolves goalkeeper Jose Sa.

1. Three in Three for Greenwood

The United academy graduate maintained his scoring streak, finding the net for the third straight league game this season. In the process, he also became the first teenager since Liverpool’s Robbie Fowler in 1994/95 to score in each of his team’s first three PL games of a campaign.

A goal to put the Red Devils in front against Leeds United, an equaliser against Southampton, and today a winner to secure all three points. The sensational teenager is having a prolific start to the season.

The Spaniard shot-stopper got a massive hug from his manager after the full-time whistle, deservingly so, as his double save in the second-half held the scores level.

Legendary goalkeeper Peter Schmeichel believed the effort from De Gea was ‘the best’ of the season already. It certainly mirrored saves from his vintage days.

The Portuguese was both the most unhappy and most impressive midfielder on the pitch. His frustration at Mike Dean and the VAR for not giving the decision in his favour after Pogba’s challenge was clear with his long exchange of words with the refs at full-time.

However, instead of the whole fiasco, the most talked about Neves-topic should have been the way he controlled the game, leading to Bruno Lage’s men dominating the fixture for the better part of the 90 minutes. United’s midfield pivot never managed to get the better of Moutinho and Neves in or out of possession.

If United are really interested in addressing their midfield issues, they could do worse than bringing the Wolves talent back to Manchester on the team bus itself.