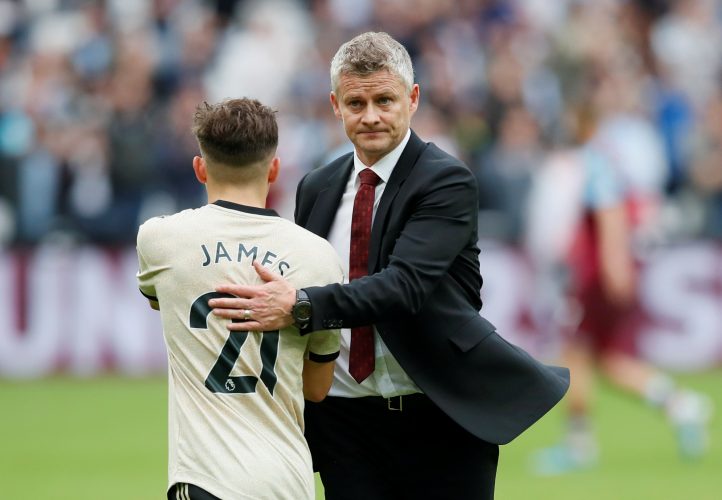 Cristiano Ronaldo’s return to Old Trafford after 12 years away is seemingly set to spell the end for Daniel James’ career at Manchester United.

Ole Gunnar Solskjaer’s attacking options have increased both in numbers and quality this summer with the early arrival of Jadon Sancho, followed by the stunning late signing of Ronaldo.

Considering the huge competition for game-time for attacking positions this campaign, Amad Diallo was expected to be the most likely departure in the last week of the window. However, his loan move to Feyenoord has fallen through after he picked up an injury in training.

Now, James, who has started in two of United’s three opening Premier League games, is reported to be on the verge of leaving instead.

According to The Athletic, the Red Devils have agreed a fee thought to be around £25m plus add-ons for the permanent transfer of the Welshman. The 23-year-old is travelling to Leeds tonight to complete medical and other formalities before the window closes.

James also featured against Marcelo Bielsa’s side in the opening weekend of the league, and Solskjaer has time and again appreciated his pace and work rate against high-pressing teams.

It seems Bielsa is fan of James’ abilities as well – seeing that Leeds have tried to sign the winger on multiple occasions.

In January 2019, his move to Elland Road collapsed after Swansea City supposedly pulled the plug on the deal at the very last minute. The Wales international moved to Manchester the following summer.