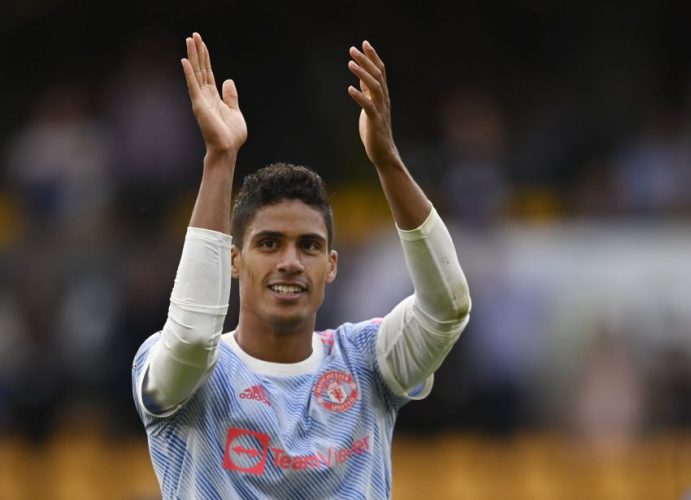 Raphael Varane, for all his trophies and medals to show for, typically maintains a low-key figure, both on and off the pitch.

During his Real Madrid career, the Frenchman was eclipsed by the presence of Sergio Ramos, who was usually in the spotlight for his defending, goal-scoring, and leadership skills at Santiago Bernabeu.

Meanwhile, Varane’s job, not any easy one, was purportedly to cover for his captain’s mistake and and keep things simple at the back.

At Molineux, however, the ‘Varane effect’ was on full-show, as Manchester United kept their first clean sheet of the season, and found their only goal of the game through his pass to Mason Greenwood from deep.

If that wasn’t enough, now fans have spotted a moment, which was missed by many during the match and in subsequent highlights, between the experienced centre-back and Aaron Wan-Bissaka.

Wolves were the dominating team in the first-half, coming close to David de Gea’s goal on more than one occasion.

However, after the break, the visitors gained control, and it seems the 28-year-old, apart from defending well himself, helped Wan-Bissaka stop the likes of Adama Traore better.

In the ‘Access All Areas’ footage shared by the club, Varane can be seen giving instructions to the right-back.

These kind of moments usually fail to grab the headlines, but play an equally important role in the match.

Meanwhile, Wan-Bissaka has always been heralded for his one-on-one defending, but often gets found out due to his positional awareness. But starring regularly alongside the four-time Champions League winner, will only lead to an improvement in his overall defending.

Ole Gunnar Solskjaer has already witnessed the consistency in Luke Shaw’s game following Harry Maguire’s arrival, and will hope for the same effect on the opposite flank.