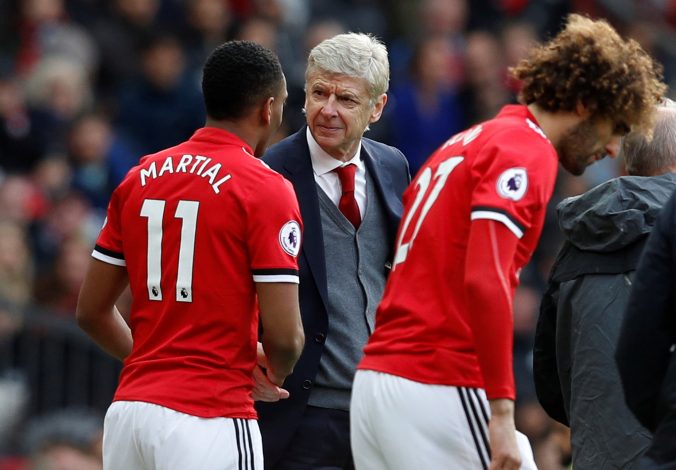 Arsene Wenger believes the decision behind bringing Cristiano Ronaldo back to Manchester United was not “100 per cent rational”.

Ronaldo wasn’t in United’s transfer plans until the last week of the transfer window, with a new midfielder understood to be the club’s priority, depending on the outgoings.

Nevertheless, once it seemed that he was destined for a switch to the Blue side of Manchester, United’s hierarchy and club legends, including Sir Alex Ferguson and Rio Ferdinand, moved swiftly to convince one of their most iconic No.7s to return to Old Trafford.

The greatest goalscorer in men’s international football history guarantees goals even at the age of 36. But United addressed their frontline early in the summer by spending big on Jadon Sancho and extending Edinson Cavani’s stay for another year.

The former Arsenal manager, whose team were on the wrong end of Ronaldo’s exploits in the mid 2000s, insists Ole Gunnar Solskjaer now faces the challenge to find the right balance in his squad that includes some of the Premier League’s most talented attackers.

“This is a love story that you want to see,” Wenger told BILD LIVE. “[He was re-signed] for more than just sporting reasons, it’s also emotional. I think the decision is not 100 [per cent] rational.”

“Finding a balance in the team is a big challenge. But the players with a lot of experience still score a lot.”

Ronaldo will indeed ‘score a lot’ but that doesn’t necessarily lead to trophies. He won the golden boot in Serie A last season, but Juventus failed to defend their league title.

As such, in order to ape the success of the United teams that trumped Wenger led Arsenal, Solskjaer will have to ensure his side’s overall performance is the headline act rather than Ronaldo’s numbers for most part of the campaign.