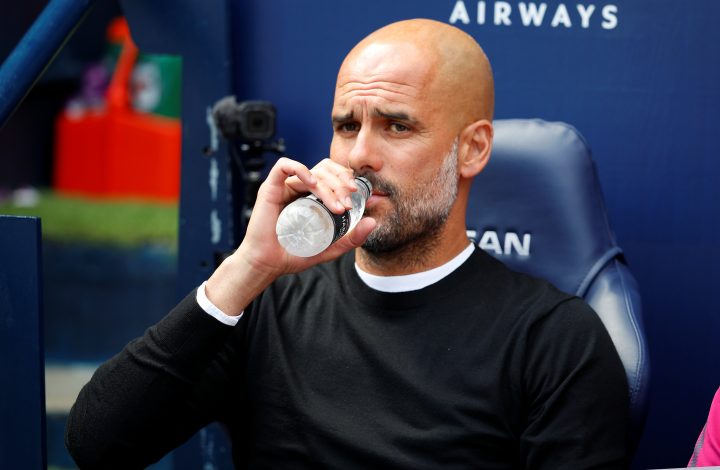 Pep Guardiola has hit back at the official Manchester City supporters club following their harsh remarks.

The Cityzens faced RB Leipzig in the Champions League earlier this week. But despite the 6-3 win over the Germans, the City boss remained unsatisfied as he felt the support from the home crowd was lacklustre. There were thousands of empty seats during a Champions League night.

Obviously, this is not a good look for elite clubs so Guardiola urged the fans to bump up their support by showing up in greater numbers.

However, a significant section of the fan base did not respond well to the comments and made their opinions heard. The general secretary of City’s official supporters’ club spoke to the media and insisted people have a busy schedule midweek while advising the Spaniard to focus on his job.

Naturally, the Catalan became defensive and insisted he would not apologise for his comments as his words were misinterpreted. Pep added that he is proud to represent the club and believes in the club’s identity.

“I know the history,” said the former Barcelona boss [via ESPN]. “I learned the history of this club, what it means to travel and follow this team.

“I don’t want to be like United, Liverpool, Barcelona, Bayern Munich, Madrid, like all the big clubs, we are who we are.”

Furthermore, the veteran manager also added that he has no problems with the fans and if he did, he would step aside on his own.

Although it is good to see a manager wanting his club to build its own identity, it is unclear in what exact way the 50-year-old wants the Sky Blues to not be Manchester United, Liverpool etc. Rather counterintuitive, considering one would always want their side to be like one of the big clubs of Europe.