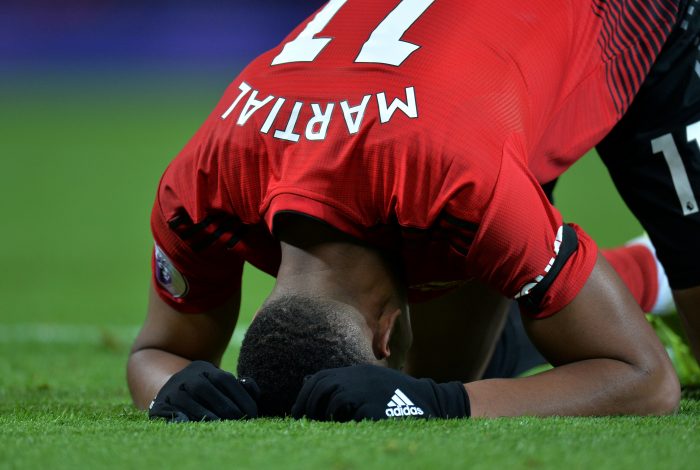 West Ham didn’t need to wait too long for a redemption of their dramatic Premier League loss on Sunday against Manchester United. The Hammers knocked the Red Devils out of the Carabao Cup, as Manuel Lanzini’s early goal remained unanswered by the hosts.

David Moyes will face Pep Guardiola’s Man City in the next round of the competition after getting one over his former side for the first time since his sacking in 2014.

Meanwhile, at United, the League cup has never been the most desired honour, but due to lack of silverware in the recent years, the pressure will only mount on Ole Gunnar Solskjaer after Wednesday night’s exit.

The Norwegian fielded a team with 11 changes from their 2-1 win over the weekend, but the quality lagged most in the middle of the frontline, as Anthony Martial came nowhere close to aping the threat of Cristiano Ronaldo.

With 27 shots in 90 minutes, United came close to West Ham’s penalty box more often at Old Trafford than at the London stadium, but lacked the final punch as Martial cut an uninspired figure, failing to build any connection with Jadon Sancho or Jesse Lingard due to his lack of movement.

It was last chance saloon time for Martial at Man United this season, and I think that’s it for him.

Game defined by horribly inept forward play. Outside of Telles, our backline and midfield did really well to keep us on ball and creating sustained attacks and chances. I’ve no words for Martial, puts less effort in than the matchgoing fans.

Solskjaer, as he often does, to his credit, refused to single out a specific player for his team’s poor result, but with so many options fighting for just three positions upfront, the France international might have to wait longer than his liking for the next start.

Earlier in the week, it was reported that United are open to letting the 25-year-old leave in January. Although in his post-match interview, the manager insisted Martial will get his chances if he continues to work hard.

← Anthony Martial Would Be Allowed To Leave Manchester United In JanuaryUnited vs Aston Villa: How Axel Tuanzebe Has Fared So Far On His Loan →