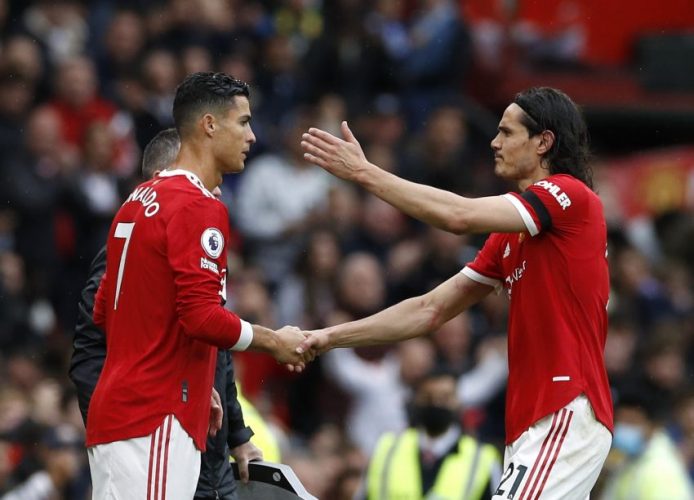 Manchester United may have to drop Cristiano Ronaldo for the betterment of the team, for now.

The Portuguese international had made an instant impact after he returned to Manchester after over a decade by scoring on his debut and going on to winning the Premier League Player of the Month award. But his recent displays reiterate the fact that United need a different profile up top, at least until the team gets back into their groove.

It is no secret that Ronaldo is more of a finisher – as lethal as he is – than a player who offers a wide range of options for his supporting players. The veteran has changed his style since his early days at Old Trafford and Real Madrid and although it may have suited the Italian league, it is not an ideal playstyle for English football.

Most Premier League managers demand more work rate from their forwards; it may be in terms of dropping back to create chances or pressing the opposition defenders and everything along those lines. As much a world-beater the former Juventus man is, he is not exactly known for his defensive contributions or playing off the ball to facilitate his teammates. Which is exactly why Edinson Cavani might just be Ole Gunnar Solskjaer’s best option right now.

The Uruguayan is notorious for disrupting the opposition defenders whilst also allowing the widemen to move into the box. Leicester City’s defenders looked too comfortable in possession whilst facing the Portugal skipper, which may not have been the case if they were facing Cavani. Moreover, the former Paris Saint-Germain man’s movement would not affect Marcus Rashford on the left-flank, unlike CR7.

The most important aspect to any rebuild is stability – something the Red Devils will find hard to achieve if the 36-year-old is deployed in the current system. Once Solskjaer gets the team back in form, the ex-Real man can take centre stage again otherwise it may cost him his job.

← Leicester 4-2 Man United: 3 Key Points From An Embarrassing Away DefeatPogba Wants United ‘To Change Something’ – Solskjaer Should Drop Him →