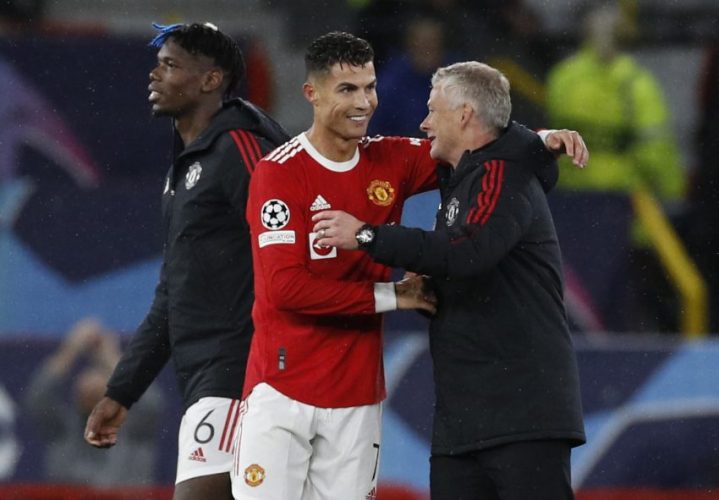 The Old Trafford crowd witnessed yet another Champions League comeback, as Manchester United go top of Group F with a 3-2 win over Atalanta.

Ole Gunnar Solskjaer’s side trudged down the tunnel trailing 2-0 to the Italian visitors, with United finding themselves at the bottom of their Champions League group, and in threat of another Europa League journey in the second part of the season.

Nevertheless, as they did against Villarreal, the Red Devils fought back under the lights to overturn the outlook of their group, scoring three goals after the break to secure all three points.

Efforts from Marcus Rashford, Harry Maguire, and Cristiano Ronaldo showed the players have not given up on their manager, despite calls for his sacking amplifying in the TV studios after that first-half display.

Classic Solskjaer. It is what it is. Long story short: it’s not good enough.

But a lot needs to be said for the fan (and seemingly player) connection he triggers.

Ole didn't hold back, trailing a goal, brought on attacking sub after attacking sub. Cavani, Pogba, Jadon all before 73'.

It wasn't an easy call, fraught with risk but he stuck to his guns. Cavani got the assist for the Maguire equaliser. Ole's subs once again changing the game.

3-2 f-t. #mufc fans won that. They could have turned at half-time. They could have questioned Solskjaer. But, a few boos apart, they sang his name, they backed the players deafeningly. Proper, unconditional support rewarded. #MUNATL #UCL

However, with Liverpool travelling to the Theatre of Dreams next, both the coaching staff and the players need to do better from the first minute of the game.

Jurgen Klopp’s side aren’t going to be open like Gian Piero Gasperini’s men, who succumbed under the pressure away from home after a brave first-half showing.

Considering the form Mo Salah is in, Maguire will have to do a lot more than score a goal – which plastered over his poor defending against Atalanta.