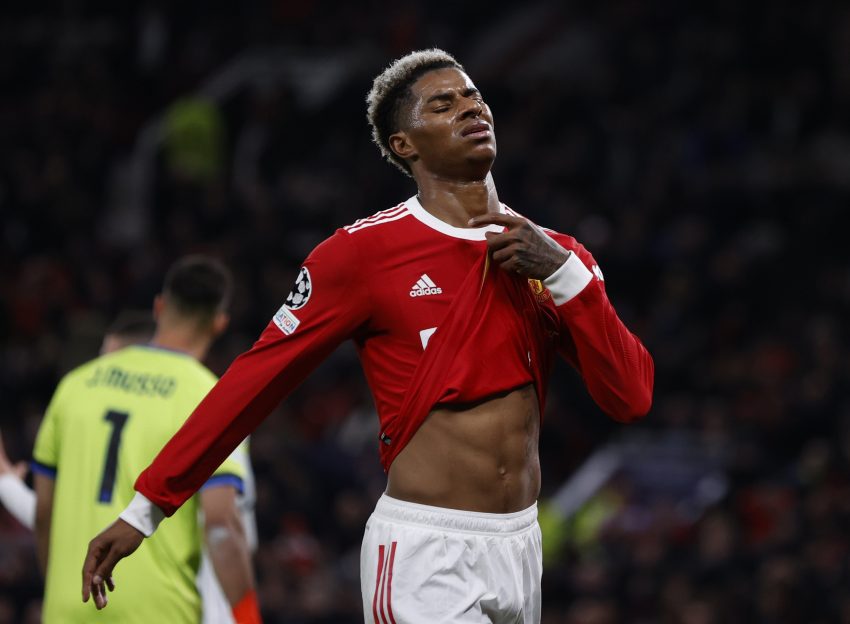 Manchester United’s late fightback ensured a 3-2 win for the hosts over Atalanta in the Champions League.

Gian Piero Gasperini’s men were brave enough to play on the front foot at Old Trafford early on, and were rewarded with a two-goal lead.

They lost the composure after the break, as United pushed them back into their territory, dominating the possession, and consequently scoring three goals to pull off yet another comeback.

However, the performance of the majority of those in Red, was worlds apart, like the scoreline, in each half.

Needed more support from his defence to keep a clean sheet, but his stunning double save contributed to the result at full-time.

Enjoyed the space to run at Atalanta’s backline in the second-half. Confident with the ball.

Seemed on the edge whenever the visitors attacked, and got easily spun by Duvan Zapata, forcing De Gea into action.

Unlike the horror show at Leicester, didn’t let the defensive chaos in the first-half affect his overall performance. Equalised with the best finish of the night.

Partially to be blamed for both of Atalanta’s goals. But turned it around later in the match, assisting Ronaldo for the winner.

Should’ve tracked Mario Pasalic’s run towards the goal better to prevent the opener. Came close to equalising on the opposite end.

Lost possession on several occasions but also assisted twice. In fact, no player has created more chances in a single Champions League fixture this season than Fernandes.

Two goals in as many appearances after his return from injury. The runs he made last night, and against Leicester City, are why he’s so crucial to Ole Gunnar Solskjaer’s setup.

Surprisingly, his work-rate was more impressive than his finishing early in the second half. Made up for that with the match-winning header in the 81st minute.

Like the Villarreal match, his intangible effort made the difference once again. Maguire got all the time and space to equalise after the Uruguayan’s intelligent dummy.

Introduced to create goal-scoring chances, but failed to make any worthwhile impact.