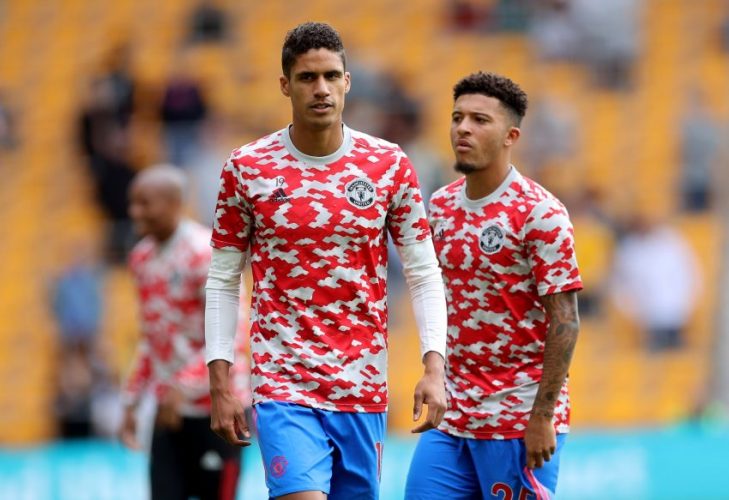 Jadon Sancho has not hit the ground running at Manchester United, though through no fault of his own.

The big money arrival from Borussia Dortmund is yet to score or provide an assist in his 13 appearances for the Red Devils so far.

However, it’s important to note that the best part of his outings in the Premier League and the Champions League have come from the bench. His European debut, a start against Young Boys, was cut-short within the first 36 minutes after Aaron Wan-Bissaka’s dismissal.

According to the Athletic, Sancho arrived for United’s pre-season with a bad ear infection, which affected his ability to go ‘full pelt’. He then sustained a calf injury.

Further, Ole Gunnar Solskjaer’s insistence to use him on the left-flank instead of right, the position he was originally signed to improve has not helped the youngster’s cause. His versatility was evident in the Bundesliga, but easing him into a new setup through his preferred position would’ve been better.

Now, it’s believed that the coaches at Carrington are working to utilise Sancho’s prowess in a new position. They have tried the Englishman as a right-wing back in sessions in recent weeks after Solskjaer’s decision to switch to a back three formation.

Aaron Wan-Bissaka has come in for criticism for his display going forward, as such, it’s thought that Sancho can take his place, especially against teams expected to sit in.

The 21-year-old is aware adjustments are required and is applying himself to the cause in each session.

Despite right-wing back requiring more defensive work, Sancho will at least find himself in a more suited flank, and can certainly contribute more than Wan-Bissaka when in possession of the ball.