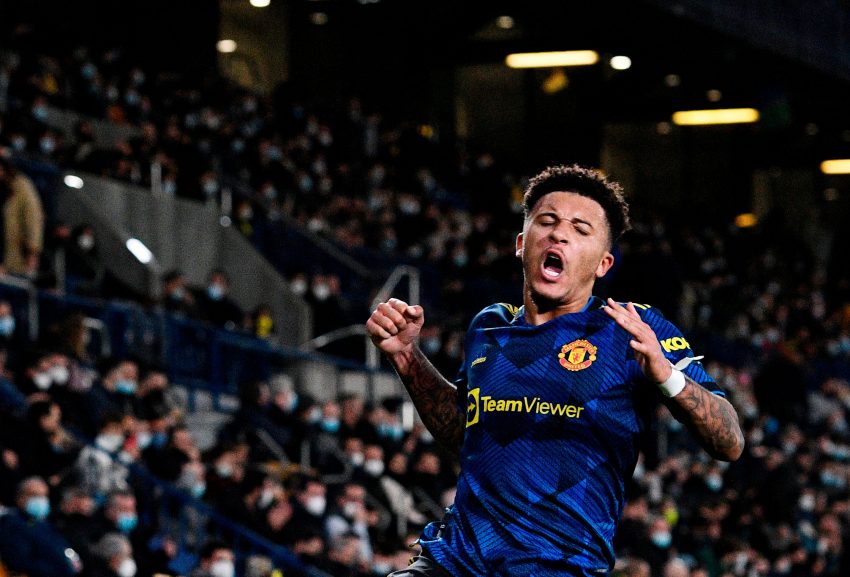 The Red Devils secured a confident win over Villarreal in the Champions League last night with Cristiano Ronaldo and Sancho getting on the scoresheet. Michael Carrick’s first game in charge happened to be a challenging one, but the game was convincingly won with grace.

Meanwhile, one of the talking points from the midweek fixture was the former Borussia Dortmund man’s first United goal. The Englishman received what seemed like a miscued touch from Bruno Fernandes and then proceeded to blast the shot into the top-right corner.

The playmaker suffered a poor start to his senior career in England and had been struggling to make an impact. Under Ole Gunnar Solskjaer, the winger had failed to establish himself as a starter – a story similar to Van de Beek’s.

However, things seem to be taking a turn for the better for the pair. The Dutchman was preferred over Fernandes in the starting XI and is starting to look like a reliable option to have in the team. The England international finally caught a break as well by scoring against the Spanish outfit.

And all of this happened on the biggest stage in football in a high-pressure game. The duo constantly shared the bench over the past few months so it’s only natural that they bonded over it.

Following the final whistle, the two youngsters shared a heart-warming moment between them. The former Ajax man could be seen overjoyed for his teammate as they embraced each other.

Nevertheless, all of this would be for nought if they cannot maintain consistency. Especially with the shift in management, it is absolutely crucial for the playmaking duo to carry this momentum going forward and show their worth.