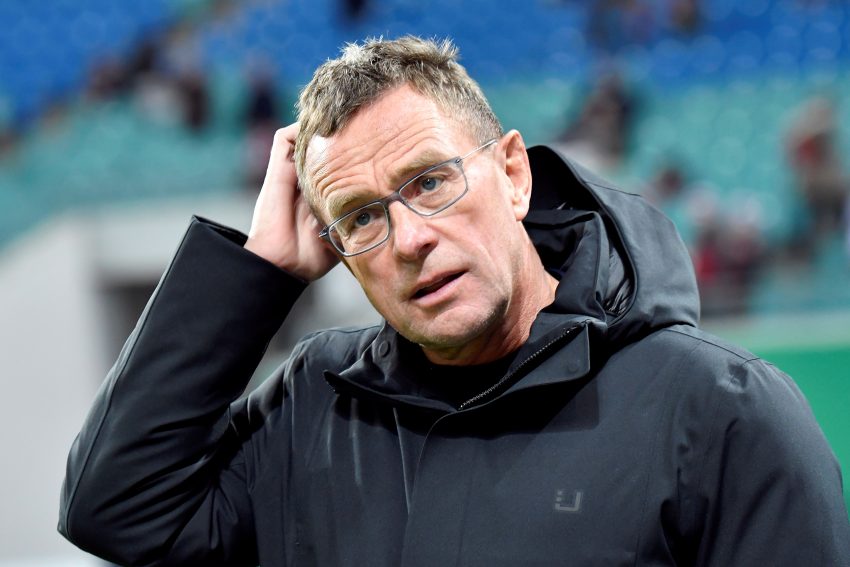 Manchester United have confirmed the appointment of Ralf Rangnick as interim manager until June.

Described as the ‘Godfather’ of Gegenpressing, Rangnick is expected to transform the Red Devils into a high-intensity pressing side.

Considering how under-coached, disjointed and passive the team looked under Ole Gunnar Solskjaer this season, the German tactician and his staff will face an uphill task of drilling a compact structure and high tempo style of play into the players mid-season.

Let’s take a closer look at how the star-studded United could lineup during the 63-year-old’s reign at Old Trafford.

Rangnick’s tried and tested formation is 4-2-2-2, implemented to great effect at both RB Leipzig and RB Salzburg under his leadership.

When out of possession, one of the two no 10s could easily drop into midfield to form a 4-3-1-2 shape. His Hoffenheim side hammered Jurgen Klopp’s Borussia Dortmund 4-1 in 2008 using the same formation.

The width in Rangnick’s narrow setup is provided by full-backs. As such, more offensive-minded and aggressive options in Diogo Dalot and Alex Telles may get the nod over Solskjaer’s preferred duo of Aaron Wan-Bissaka and Luke Shaw to cause overloads in the opposition half.

The German’s philosophy to win the ball as quickly as possible by suffocating the opposition leads to a high-defensive line. As such, the centre-back pairing will find themselves in isolated scenarios more often. Victor Lindelof is very good in one-v-one situations, and would be a more suited defender to partner Raphael Varane than Harry Maguire.

The ‘McFred’ pivot brings energy to United’s midfield, and should be the obvious pick under Rangnick. Scott McTominay could slot as a 6, while Fred’s pressing tendency means he could thrive in a free 8 role under Rangnick. Bruno Fernandes will have to drop to support the midfield when United switch to 4-3-1-2 without the ball.

Rangnick’s prefers two inside playmakers instead of wide wingers, who look to target half-spaces. Jadon Sancho will be great alongside Fernandes to attack through these zones, by either carrying the ball up the pitch or crossing into the box swiftly. 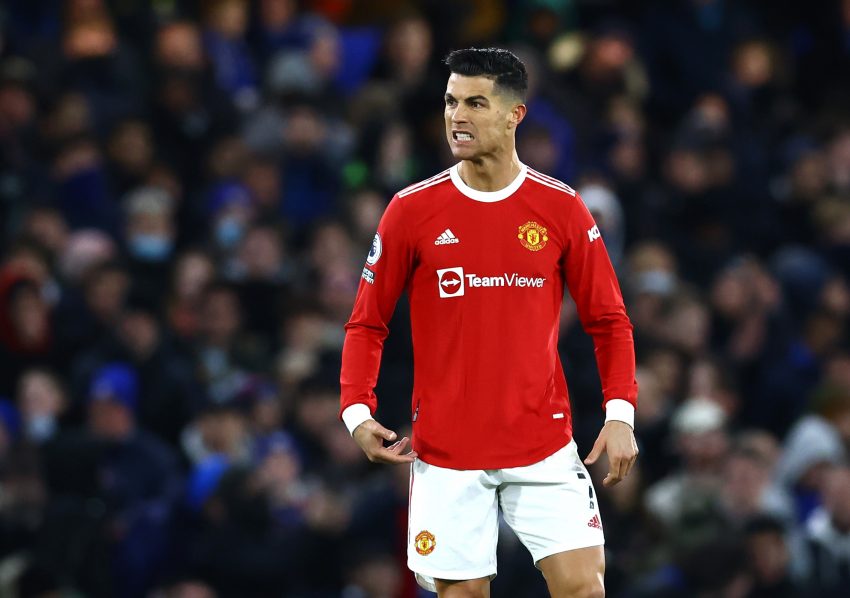 Many believe Cristiano Ronaldo’s role to be the biggest conundrum under Rangnick due to the perceived lack of pressing from the 36-year-old.

However, he doesn’t necessarily have to run as much as it’s emphasised. Rangnick’s team target certain areas, usually the byline, as it acts as an extra defender.

Ronaldo needs to cut passing lanes and mark his man rather than press and recover the ball off the opposition. By shutting passing options, the aim is to move the ball towards one side of the pitch, condense space and then intercept or win the ball before switch of the play takes place.

Additionally, Ronaldo could be rotated with a high-octane forward in Edinson Cavani in games where United will have less possession than usual.

If he fails to successfully get his ideas across certain players, the squad is big enough to cope with it, and if that doesn’t work as well, the upcoming January transfer window can be used to ensure the right talent comes through the door. Further, this could also prove to be a great advert for the consultancy role that he will take on at the end of the season.