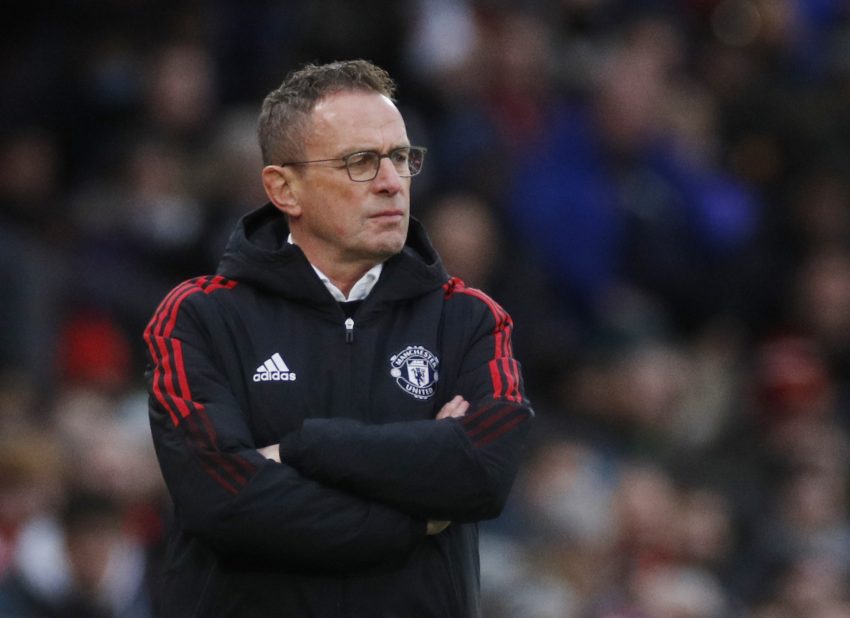 Ole’s tricky Reds transitioned into Ralf’s relentlessly pressing Reds in not ‘even a full training session’.

Manchester United pressed high and tried to suffocate Crystal Palace from the first minute, as Patrick Vieira’s men attempted to build from the back.

The Red Devils won possession in the final third several times, leading to a host of chances, but they failed to convert them in the first-half. Palace were forced to change their own approach, switching to playing long-balls after struggling to keep the possession in their own territory.

United’s intensity dropped off after the interval, but they managed to find a winner via a curled finish from Fred. The Brazilian also epitomised the German’s approach better than any of his teammates through his relentless work off the ball.

Reflecting on his formation, Rangnick said in his post-match interview: “For me, the question was how do we get pressure on the ball, how do we get control? So I decided to play 4-2-2-2 with two strikers, not Cristiano alone up front, together with Marcus, using pace for vertical balls.

“And, at the same time, with Jadon and Bruno on the two 10 positions, for the rest [of the players] it was the same. We had enough space with Bruno and Jadon in those 10 positions for our full-backs to play forward and ask for the ball on the wing. So they almost played like wing-backs. Especially in the first-half, Alex and Diogo, did extremely well offensively and that’s why I played 4-2-2-2. I’m a big fan of every player plays in his best possible position.”

United’s Starting XI was unchanged from their win against Arsenal under Michael Carrick, but the difference in their approach was night and day.

Even 36-year-old Cristiano Ronaldo impressed his new boss with his out-of-possession contribution.

“The way we defended, we had control of the whole game – the clean sheet was the most important part,” Rangnick told the BBC. “By the way, Cristiano Ronaldo’s work off the ball, chapeau.”

Instant impact from the new manager, and instant response from his star-studded Reds.