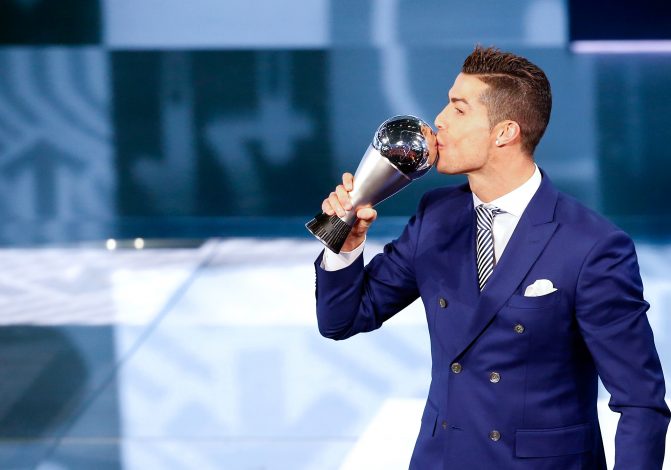 Poland international Robert Lewandowski has been crowned the Fifa Best Men’s Player of the Year for the second time in a row.

Lewandowski’s goal tally – 69 in 59 games in 2021 – was way ahead of anyone else, but the award comes as a surprise, as Lionel Messi was expected to win it after bagging the Ballon d’Or in December for his Copa America triumph with Argentina.

However, the Argentine has had a frustrating start to his Paris Saint-Germain career, having scored just once in the Ligue 1.

On the other hand, deserved winner Lewandowski has maintained his form throughout the calendar year, and has been directly involved in 37 goals across all competitions this season.

It seems Messi wasn’t as impressed with Lewandowski’s performance, as he voted for PSG teammates Neymar and Kylian Mbappe, while his third vote went to Karim Benzema.

The Portugal captain was left off the three-man shortlist for the prestigious award, but got Lewandowski’s third vote after Jorginho and Messi. He was also honoured with the Best Fifa Special Award for being the men’s international all-time top scorer.

Liverpool and Egypt forward Mo Salah had a disappointing night, as he finished third in the standings and wasn’t even included in the 2021 Men’s Fifa FIFPRO World 11.