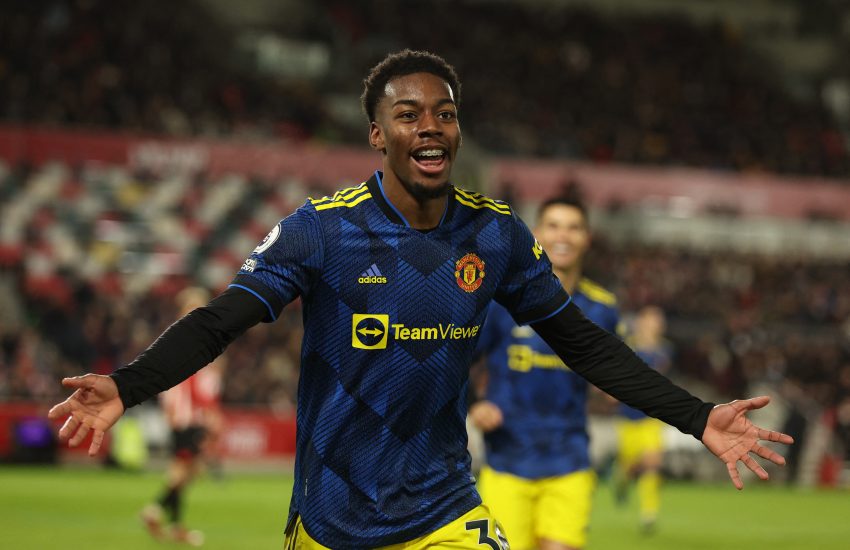 Manchester United came out on a different gear in the second-half after getting outplayed by a well drilled Brentford side before the break.

Brentford’s failure to get past an excellent David de Gea was punished by United, as Anthony Elanga opened the scoring from a superb Fred ball. Mason Greenwood and Marcus Rashford added two more before Brentford pulled back a consolation goal through Ivan Tooney in the 85th minute.

Let’s take a look at three talking points from United’s 300th away win in the Premier League.

Thomas Frank was clearly frustrated with the score line at the final whistle, as Brentford couldn’t find a goal after not allowing “unbelievably lucky” United to have a “sniff” in the first half.

In his post-match interview, the Brentford manager mentioned Jadon Sancho’s transfer fee while highlighting United’s struggles to open their defence. Ironically, all three goals for the visitors came from their academy graduates who cost nothing.

For now though, the most important thing that Frank needs to worry about is Brentford’s execution in the final third and their disappointing finishing.

Before the Brentford clash, Ralf Rangnick confirmed his decision to ditch his preferred 4-2-2-2 formation in favour of playing “with one holding six and two eights, with three offensive players.”

The German’s tactical tweak has worked wonders for Bruno Fernandes. In the last two games where the Portuguese has been deployed as an attacking midfielder instead of an inside winger, he has directly been involved in four goals, proving he’s still the club’s most prolific player in the right system.

Diogo Dalot was tormented by Lucas Digne in United’s 2-2- draw at Aston Villa, but he showed up tonight with a solid defensive display. In fact, no player made more ball recoveries than the 22-year-old on the pitch.

He’s already better than Aaron Wan-Bissaka going forward, and defensive performances like this will further strengthen his case to start ahead of the Englishman.

← Why Bruno Fernandes Turned Down New Manchester United Contract“Listen Cristiano, You Are 36” – What Happened Between Ronaldo And Rangnick vs Brentford →