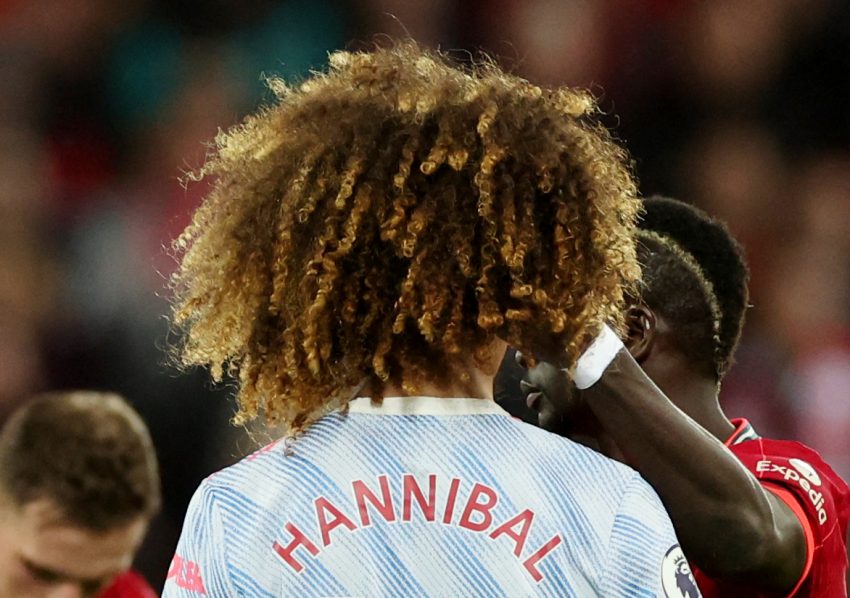 Manchester United were played out of the park by Liverpool in their 4-0 defeat at Anfield – their heaviest ever loss at the Reds’ home ground.

Ralf Rangnick’s men were second best at everything on Tuesday night. In his post-match interview to Sky Sports, Mo Salah, who bagged a brace, said: “They make our life easier in the midfield and the back.”

Apart from Hannibal Mejbri, no United player showed any real determination to avoid another humiliation at the hands of their fierce rivals. The academy graduate only needed less than 10 minutes on the pitch to better his senior teammates’ abysmal showing.

The 19-year-old replaced Anthony Elanga in the 84th minute of the game, and made clear with his intensity that he’s not going to let the game pass by him. He consistently showed for the ball, and his defensive work, albeit reckless, was the only encouragement for the travelling supporters.

Gary Neville on Hannibal: "It takes a young kid to come on to show them how to sprint and put a challenge in. I'm actually proud of him." #mulive [sky]

Might as well make Hannibal captain for the rest of the season, at least he hates them as much as we do

9-0 on aggregate but Hannibal smashed someonepic.twitter.com/vIYSQ83AyS

It appears most of United’s first-team stars have completely given up and are just waiting for the current campaign to conclude.

As such, Rangnick could do a lot worse than starting Hannibal against Arsenal this weekend instead of pointlessly playing stars that are out of contract at the end of the season and in their mind have already left the building.

Alejandro Garnacho, who was named on the bench alongside Hannibal, is another talent who would relish some game time in the upcoming fixtures.