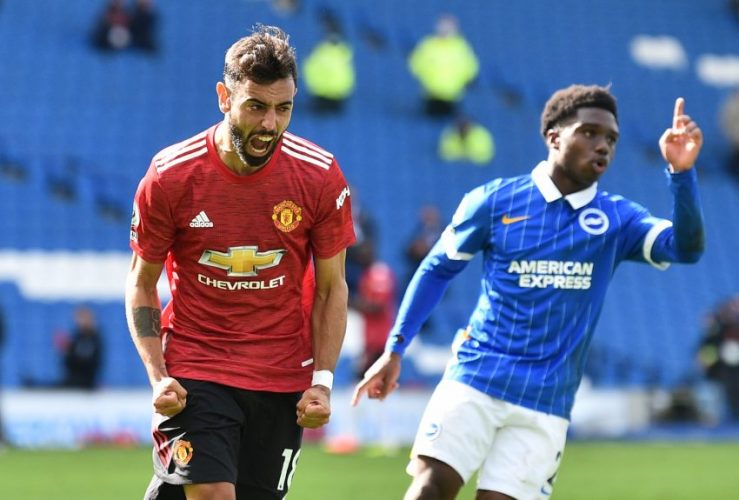 Manchester United’s 4-0 drubbing by Brighton and Hove Albion confirmed the current season will be statistically their worst in Premier League history.

The hosts were winless at the Amex Stadium since Boxing Day before Saturday’s kick-off. After 90 minutes of football, where only one team showed up, Graham Potter’s men ended their disappointing streak by recording Brighton’s biggest ever victory in their top-flight history.

The travelling support, who witnessed their side’s humiliation against Liverpool and Arsenal in April, had to sit through another soulless display. They chanted ‘you’re not fit to wear the shirt’ to the players, as United registered their fifth straight away league defeat; their worst run since March 1981.

Bruno Fernandes admitted in his post-match interview that the fans gesture was fair.

“I include myself in that. What we did today, what I did today, was not enough to be in a Man Utd shirt and I accept it,” the Portuguese midfielder said.

The result against Brighton also means it’s now mathematically impossible for the Red Devils to qualify for next season’s Champions League. A place in the Europa League is also not guaranteed at the moment.