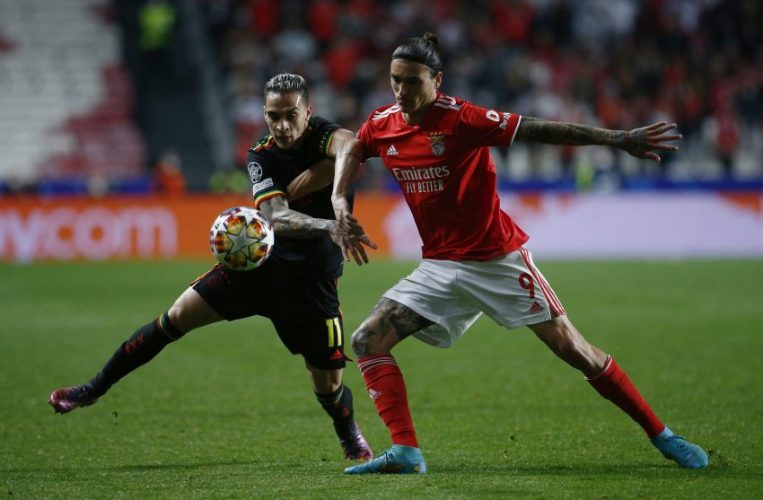 Man Utd are reportedly expected to sign Ajax forward Antony after missing out on Darwin Nunez.

United were interested in bringing in the Benfica striker to Old Trafford, but have been prized out by Liverpool. Jurgen Klopp’s side are set to break their club transfer record to sign Nunez.

However, the Red Devils remain keen to acquire at least one forward, as Erik ten Hag looks to add more attacking options to a frontline that is heavily dependent on Cristiano Ronaldo for goals.

According to Jorge Nicola, Ten Hag wants Antony to join him at the Theatre of Dreams. It is claimed that it’s just a matter of ‘time and negotiations’ before the agreement between Ajax and United is reached.

United don’t have a first-team ready right-winger, and are forced to play Marcus Rashford in that position despite the Englishman’s preference to play on the left.

Antony, meanwhile, has thrived cutting inside from the right under the tutelage of the Dutch manager. The 22-year-old was involved in six goals in just seven Champions League appearances last season.

The former Sao Paulo talent is often dubbed as the ‘new Neymar’ because of his exquisite first-touch, dribbling, and creative vision to find his teammates inside the penalty box.