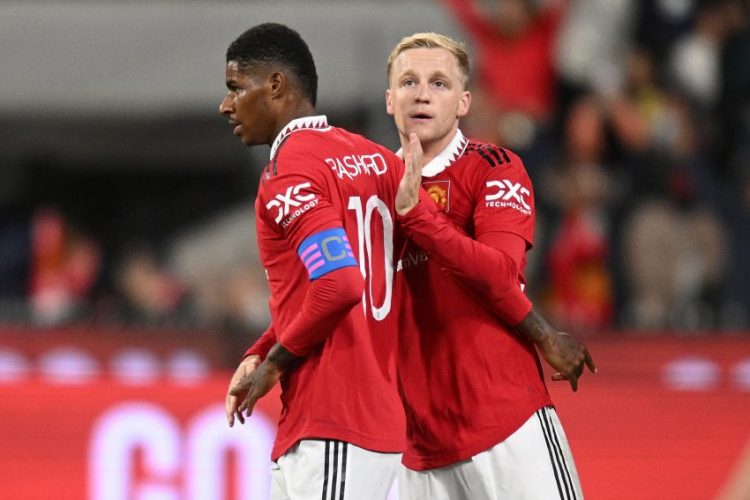 After winning it all in Thailand, Manchester United were able to continue their positive start to the pre-season as the Red Devils secured a 4-1 win over Melbourne Victory. Christopher Ikonomidis ruined the English side’s clean sheet minutes after the kick-off whistle was blown with his well-placed goal.

However, the rest of the first half was not a muted affair as Scott McTominay and Anthony Martial found the back of the net to put United forward. In the second half, the infusion of young blood saw Marcus Rashford take advantage with his goal while an error in the backline ended up with Edmond Lupancu netting an own-goal in the visitor’s favour.

Here are the four biggest takeaways in a game where yet again four goals were netted:

A lot has been said about United’s midfield prowess or their lack thereof. An over-reliance on McFred is certainly the case and the continued prolonging of the Frenkie de Jong saga isn’t helping matters either. As of writing this article, Christian Eriksen’s move to Old Trafford has been confirmed, infusing some much-needed experience and skill into the area.

However, this game showed that the side is not lacking in young potential in the midfield. Both Charlie Savage and Zidane Iqbal were immensely promising in the second half. At the incredible age of 19, it is not difficult to see how they could be the future for United in the middle of the field should Erik ten Hag place adequate trust in them.

Eric Bailly has always been a divisive figure at Old Trafford. A section of the supporters love his imposing physicality and the excellence he brings to his on-field antics while another group are correctly worried about his fitness.

During this game, he displayed another aspect of his game which is open to interpretation. The defender displayed excellent attacking prowess as evidenced by his goal involvement. This was also the case against Liverpool. Such a feat could certainly be taken as a positive factor if not for the fact that his defensive game left a lot to worry about.

3. Martial and Rashford Look Good to Start in the Premier League

There was a time at Old Trafford when Rashford and Martial regularly gave the manager in charge a headache as to which of the two ought to start. This was solved once both the youngsters manned the frontline to positive offensive dividends even if their respective form and fitness did not exactly last the hype.

However, if their collective performance in the pre-season so far is to be taken as credible evidence then the attackers are definitely in good form and confidence to start for the club once the Premier League campaign resumes.

The Frenchman in particular has been exceptional in his display with two goals to his name already so far this pre-season. Rashford did everything right against Liverpool except score and that was easily amended in Australia.

Promising season ahead for the duo?

While Maguire has successfully retained the captain’s armband, there does appear to be a positional change in place for the English defender. The game against Melbourne saw him feature prominently as a right-centre-back from his usual position.

This is no surprise given the positive developments surrounding the imminent arrival of Lisandro Martinez. The Argentine centre-back is naturally left-footed and the change to Maguire’s position is the best way to accommodate both defenders at the back.

Another promising tactical display from Ten Hag but will any of this translate well in August?