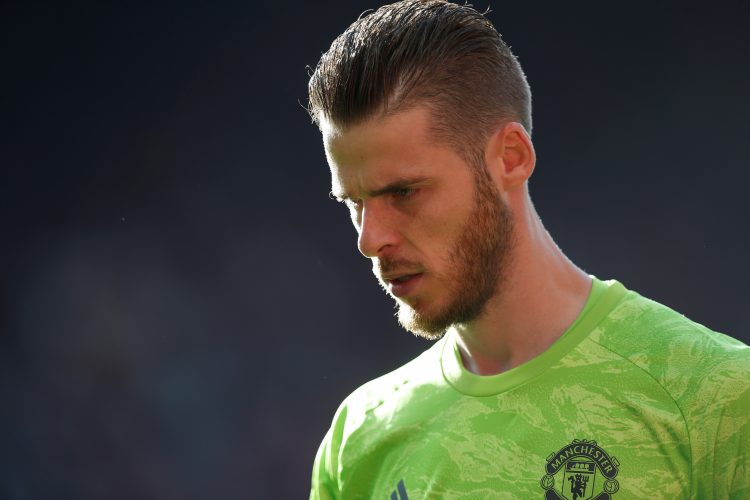 Erik ten Hag’s first ever Premier League away game produced a storyline for the ages for a league that is celebrating its 30th anniversary this month.

The Red Devils were tamed by the Bees, who became the first ever home side to score four first-half goals against the league’s most successful club.

Josh Dasilva, Mathias Jensen, Ben Mee, and Bryan Mbeumo, all got on the score-sheet inside 35 minutes. After the break, Ten Hag tried to cut the deficit by making early changes, but Thomas Frank’s men maintained their clean sheet without much trouble to register a 4-0 win at the Community Stadium.

David de Gea was bold enough to do a post-match interview and admit that he “cost three points” to his team. In an afternoon of errors, that was his only serious display.

The Spaniard’s failure to handle Dasilva’s effort opened the floodgates, and was followed up by another irresponsible pass to Christian Eriksen, who lost the ball under pressure to allow Jensen to pounce and double the lead. He was partially at fault for the third goal as well, as his failure to command his penalty area allowed Mee to head in from close range.

Ralf Rangnick, following United’s 4-0 loss at Liverpool, said the club needed up to 10 new players in their rebuild. Only three summer signings and another thrashing later, the former interim manager’s comments make more sense than ever.

De Gea certainly had an outing to forget, but the 4-0 score line was due to the lack of compactness, urgency, and ideas from front to back. United were second-best at everything, highlighting just how much work Ten Hag and his staff need to do on the training ground.

But in order to implement his ideas quickly and efficiently, the new man in charge needs more new quality additions.

3. Things could get Worse

Ten Hag finds himself under immense pressure after losing his first two games in charge, and with Liverpool next up, the situation at Old Trafford is expected to get worse. The last time Jurgen Klopp’s men visited the Red side of Manchester, they returned to Merseyside with a 5-0 victory.

However, the early humblings will not decide the ex-Ajax boss’ future. Big defeats are part of the process, and how he at Carrington and the United hierarchy in the transfer market react will ultimately write the fallen giants’ script for the season ahead.