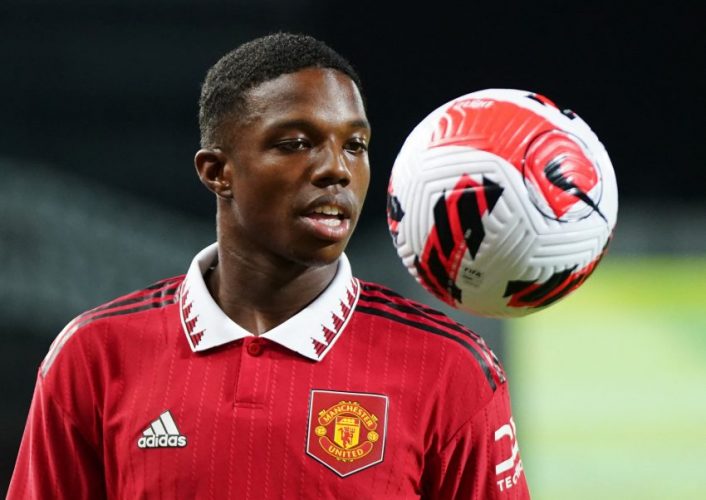 Liverpool, like United, were winless coming into the game. But such was the Red Devils’ performance against Brighton and Brentford, that Jurgen Klopp’s men were not only expected to win, but to repeat the humiliation they inflicted on their fierce rivals the last time the two sides faced each other in Manchester.

That wasn’t to be, however, as Ten Hag’s players played a very aggressive brand of football to unsettle the visitors right from the start. The approach worked and United went ahead through Jadon Sancho. Marcus Rashford doubled their lead after the break. Mo Salah’s late goal proved to be too little too late, and the Merseyside outfit returned home empty-handed.

Here’s how the United players rated.

Made multiple saves in the second-half, but couldn’t keep a clean sheet after Salah headed in the rebound off Fabio Carvalho’s shot.

Didn’t allow Luis Diaz much space and time on the ball through his aggressive pressing and tackling.

His best performance in a United shirt. Varane led the backline spectacularly, and made more clearances than any other player on the pitch.

Man of the Match. Intense in every duel and calm in possession. There won’t be any mention of his height in the post-match analysis of this game.

Was very comfortable in his first start in England against the league’s best player.

Another decent display from the Dane, who showed his class on the ball and came very close to scoring from a free-kick.

The captain on the night, Fernandes was everywhere on the pitch. Leader.

Fooled the entire Liverpool defence to find the opener. Lit up Old Trafford.

The United academy graduate simply loves to score against Liverpool. Deserved the goal for keeping Trent Alexander-Arnold and Joe Gomez on their toes for the whole game.

Should’ve scored the first goal of the game but only managed to hit the post.

Was subbed on before Cristiano Ronaldo and made instant impact by linking up with Rashford.

Added some energy and tenacity to United’s midfield.