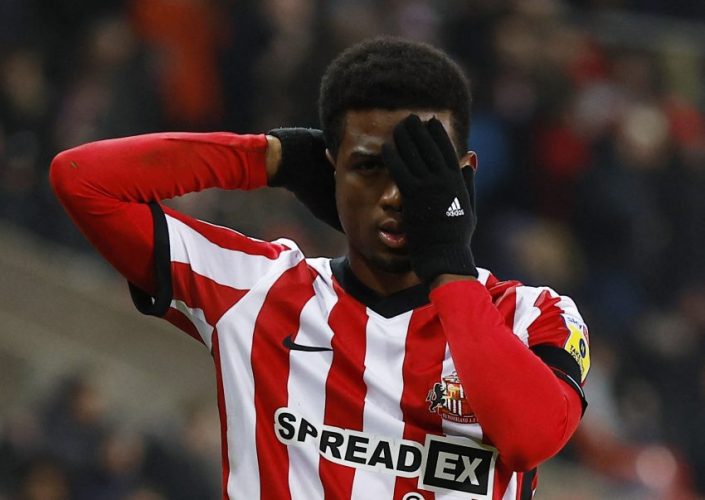 Amad Diallo seems to have found his footing at Sunderland after struggling to force his way into the starting XI at Manchester United and Rangers.

In Tony Mowbray, who only moved to the Stadium of Lights because Alex Neil departed for Stoke City, not only Sunderland but United too appeared to have struck gold.

Sunderland continued their impressive run in the Championship to beat Michael Carrick’s in-form Middlesbrough 2-0 on Sunday. They now sit ninth in the table, eight points above Neil-led City.

The orchestrator of the solid result was Amad, who scored his side’s second goal and was awarded the Man of the Match award for yet another complete performance.

Amad’s game by numbers vs. Middlesbrough:

He just keeps getting better and better. 💫 pic.twitter.com/v60IxP0a4y

The Ivorian, who has had a direct hand in eight goals in 21 league games this season, has quickly become a Sunderland fan favourite with his mesmerising dribbling, incisive decision-making in the final third, lovely link-up with Patrick Roberts and Ross Stewart, and composure in front of the net – that left Middlesbrough’s goalkeeper stunned.

The 20-year-old was deemed too raw in Manchester and overlooked in Glasgow. Even in Tyne and Wear the United loanee had to wait for his chances. Seven out of his first eight league appearances came off the bench at Sunderland.

Mowbray’s patience and careful management have seen Amad grow leaps and bounds and as a result, overturned the fortunes of Sunderland.

Sunderland lost 1-0 against Middlesbrough in Amad’s first appearance – a 23-minute cameo off the bench. The reverse fixture witnessed a 2-0 win in favour of Mowbray’s men and underlined the impressive development of the former Atalanta sensation, who pulled strings from the No 10 role.

Now it’s all about continuing on the path for the rest of the season to give Erik ten Hag something to think about.

Sunderland manager Tony Mowbray: "I had a long conversation with coaches at #mufc this week who were asking about Amad. He undoubtedly has the talent to play at the top level." [@TheNorthernEcho]

The former Ajax boss’ big priority in his maiden transfer window at United was bringing in a left-footed right-winger to add balance to the Red Devils’ attack.

The absence of a first-team-ready player for that profile left the Old Trafford hierarchy with no option but to spend close to €100m on Antony. One year from that summer, United could have two stars to fill that role.