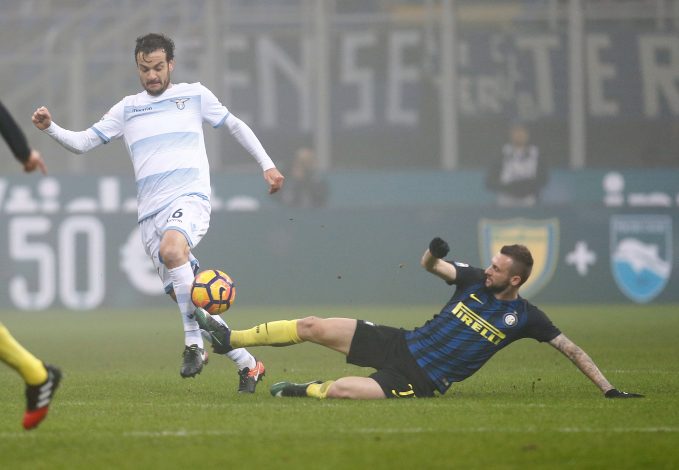 Inter Milan midfielder Marcelo Brozovic has fuelled the speculation linking him with a move to Manchester United via his social media activity.

Marcelo Brozovic has been linked with a move to Old Trafford ever since Red Devils’ boss Jose Mourinho was spotted in Zagreb during the previous international break. The Special One was believed to be on a scouting mission, wherein he watched the box-to-box midfielder feature for Croatia in their 1-0 win over Ukraine.

Mourinho also met with transfer mastermind Predrag Mijatovic before he went on to watch the World Cup qualifying match, and the Portuguese is reportedly set to make a move for the 24-year-old in the upcoming summer transfer window.

These reports have been further strengthened by the player’s agent, Miroslav Bicanic, who recently confirmed that several Premier League clubs were in talks with his client over a potential move.

Bicanic said: “We cannot name names, but there are several English clubs are following Marcelo. We are in contact with them. Brozovic will certainly be a hot target of many companies in this summer.”

And now, it looks like Manchester United have defeated all the other interested parties in the race for Brozovic, as per Serie A midfielder’s recent activity on social media.

Brozovic was seen following the Old Trafford outfit’s official Instagram handle via his personal account last night, and he also ended up ‘liking’ a picture posted by that account, which displayed United’s full-time score in their recent Premier League clash against Everton.

This activity was spotted by Twitter user @nonleggerlo, who posted the following screenshots with the caption: ‘Brozovic heartbroken after the disasters of yesterday… Message to the fans? Like on posts of Manchester United.’